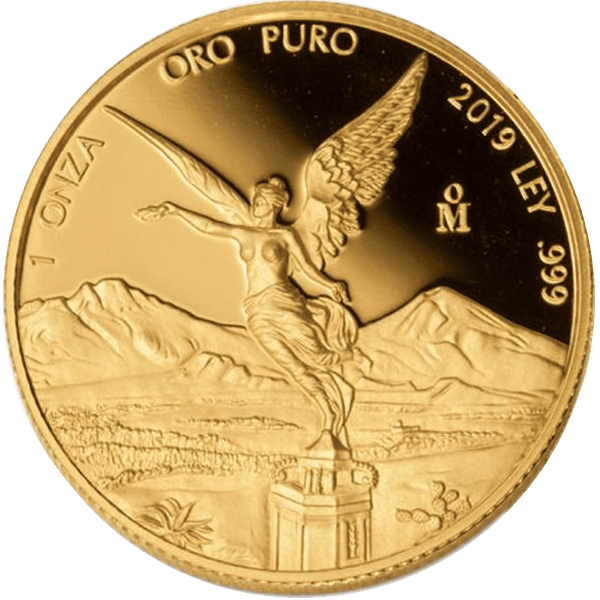 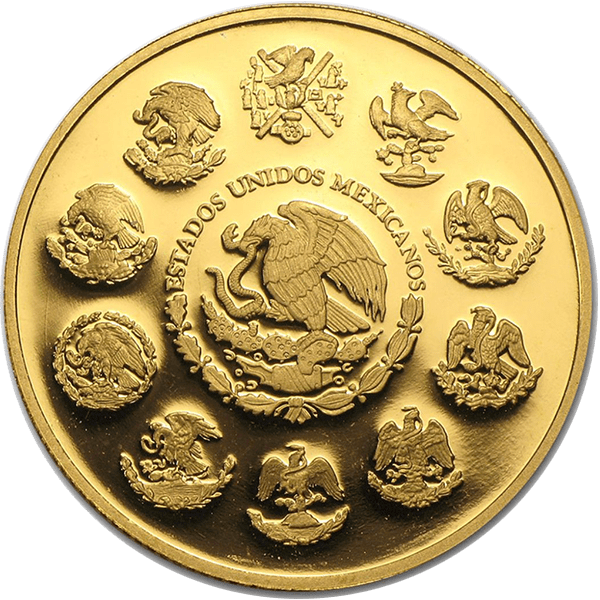 The 2019 Gold Libertad from Banco de Mexico depicts the graceful Angel design that was first struck in 2000.

The Libertad series was redesigned in 2000 to make them even more attractive to the public. The primary difference is the image of the Angel of Independence monument on the reverse side.

The obverse of the three largest sizes also received a makeover. The redesign features the National Shield in the middle surrounded by different eagle designs used on National Shields throughout Mexican history, including the eagle shown on the Codex Mendocino. The 1/10 and 1/20 coins kept the same obverse image.

There is not a set face value on any of the Mexican Libertad coins; making them some of the few bullion coins, along with the Krugerrand, that have no set face value, even so the coins are considered legal tender.

Banco de México is the central bank of Mexico. By constitutional mandate, it is autonomous in both its operations and management. Its main function is to provide domestic currency to the Mexican economy and its main priority is to ensure the stability of the domestic currency’s purchasing power.

The Libertads are struck for the Banco De Mexico by The Mexican Mint (La Casa de Moneda de México) which is the national mint of Mexico and is the oldest mint in the Americas. It was established in 1535 by the Spanish viceroy Antonio de Mendoza by a decree from the Spanish Crown. The mint is one of the institutions with the longest tradition in Mexico.