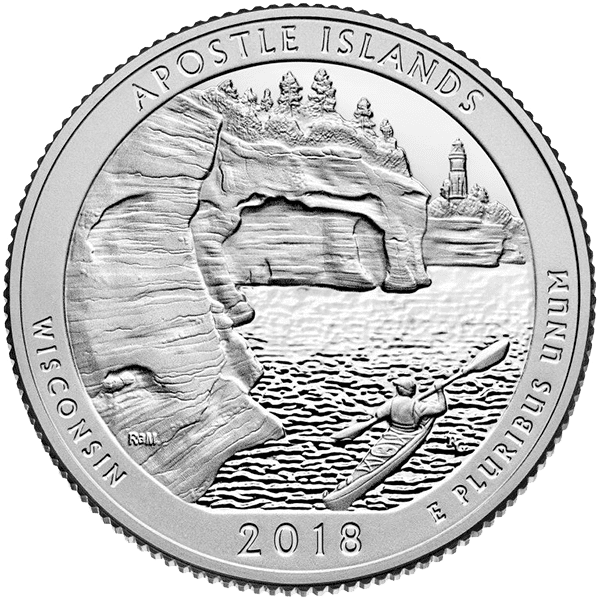 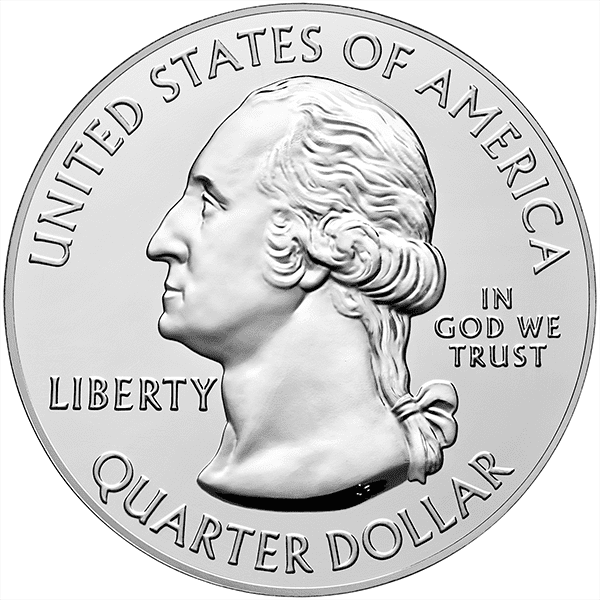 DEALERS call the trading room for availability at 800.375.4653 or log on to FizTrade.com

The second America The Beautiful bullion coin for 2018 commemorates the Apostle Islands in Wisconsin. The 5 oz silver coin depicts the sea caves at Devils Island with the lighthouse in the background and a kayaker paddling in the foreground. Design candidates were developed in consultation with representatives of Apostle Islands National Lakeshore. The original was sculpted by Renata Gordon, who also created four other reverse designs for the American The Beautiful series: 2015’s Saratoga National Historical Park, 2014’s Great Smoky Mountains National Park and 2013’s Great Basin National Park.

Wisconsin’s Apostle Islands National Lakeshore was established in 1970 to protect “certain significant islands, shoreline, and light stations of the U.S. and their related geographic, scenic, historic, and scientific values.” The park includes 21 islands in Lake Superior and a 12-mile-long strip of mainland shoreline encompassing more than 69,000 acres. The park features pristine stretches of sand beaches and coves; spectacular sea caves; remnant old-growth upper forests; a diverse population of birds, mammals, amphibians, and fish; and a number of lighthouses and lighthouse complexes.

The America the Beautiful 5 oz. Silver Quarter Series began back in 2010, and has become a highly popular bullion coin series with coin collectors. The series commemorates national parks, monuments, and historical sites, releasing five new coins each year. The 5 oz silver bullion coins are enlargements of the same designs depicted on the quarters that are in normal circulation.

A new German press was installed in March of that year at the Philadelphia Mint to strike these coins producing the America the Beautiful Silver Bullion Coins. The press provides up to 1,000 metric tons (1,100 short tons) of pressure for each strike and can produce in excess of 1 million coins per year.