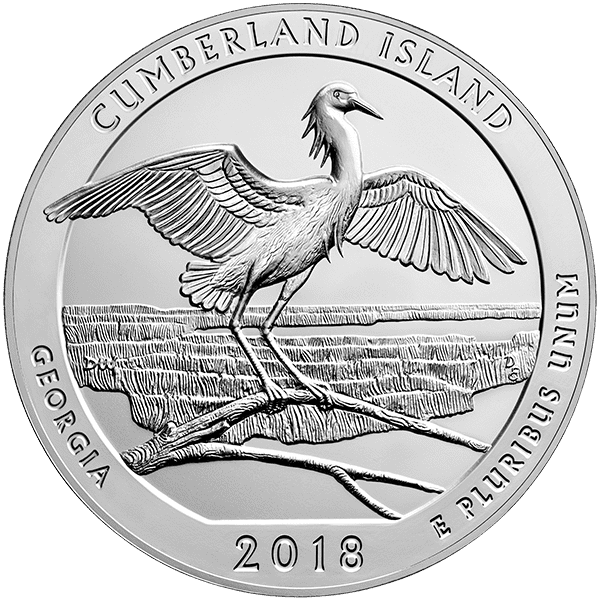 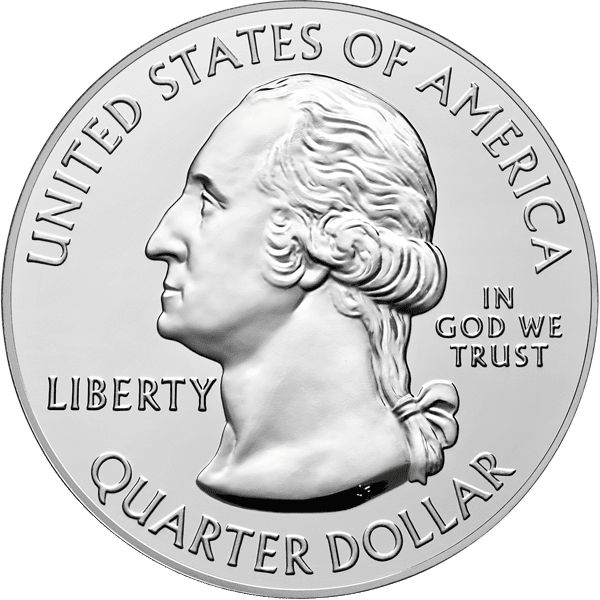 The reverse of the ATB Cumberland Island 5 oz. silver coin depicts a snowy egret taking flight over the island’s dunes. The reverse of the coin, as with all other America The Beautiful coins, displays the classic profile of George Washington that is shown on circulating U.S. quarters.

Cumberland Island is critical habitat for a variety of plants and animals including: