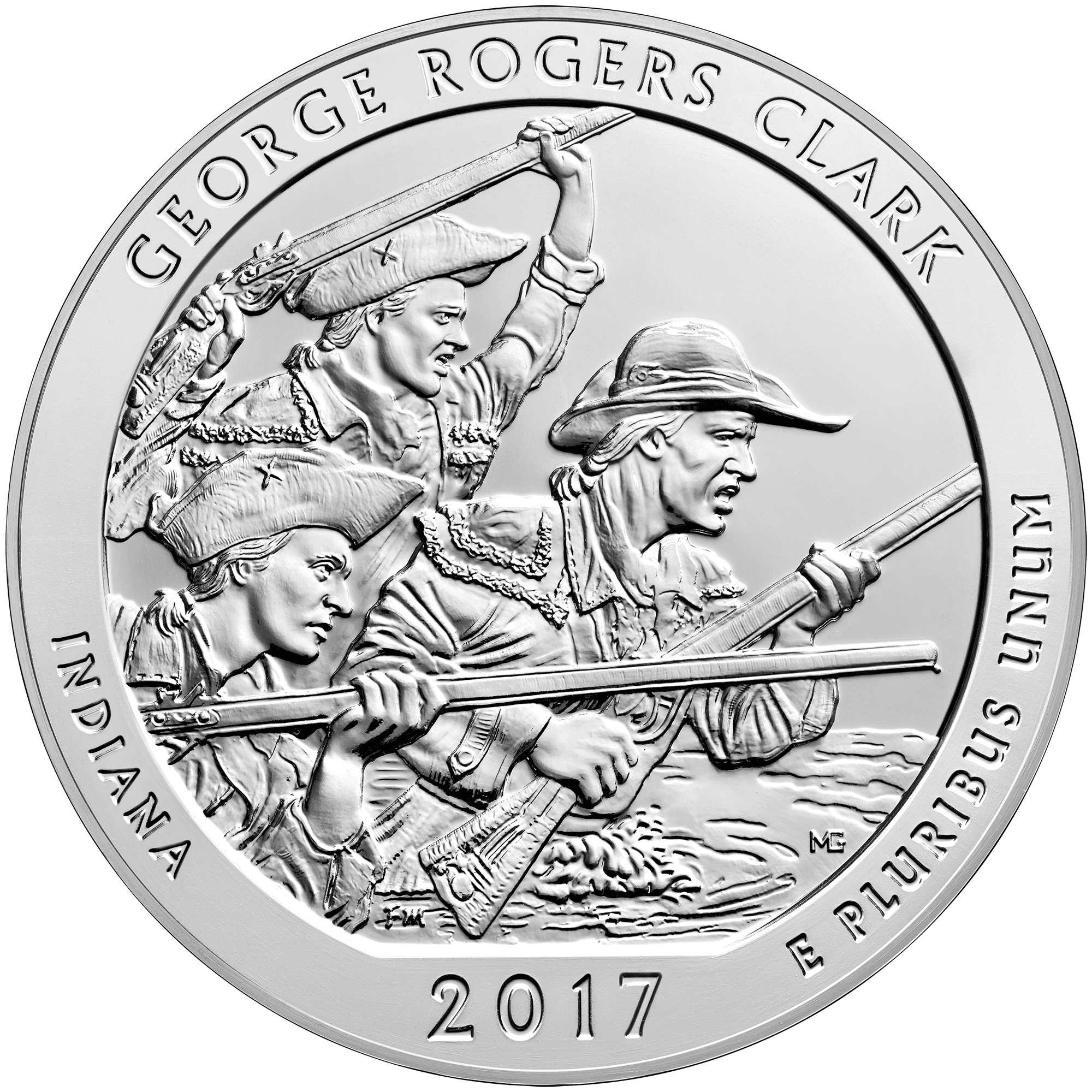 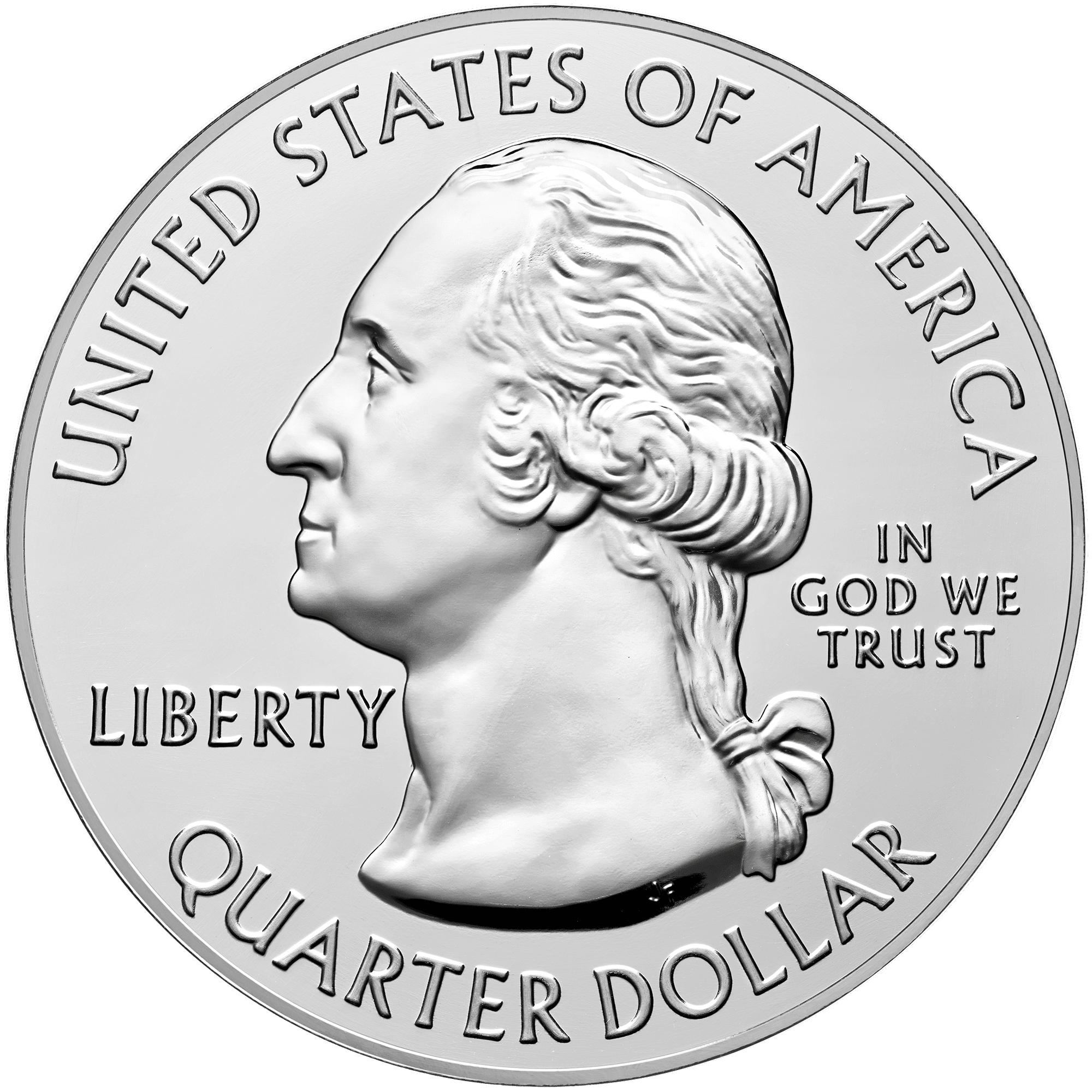 This is the fifth and final 2017 release in the American The Beautiful Series. The 5 oz. Silver America the Beautiful Coin celebrates the George Rogers Clark National Historic Park with a depiction of Clark leading his valiant frontiersman to wrest a huge swath of Indiana territory from the British. On February 6, 1779, one of the most famous events of the Revolutionary War began as Clark and around 170 brave men marched across leagues of sleet, snow and ice to overthrow the British Fort Sackville in Vincennes. After an intense two days of fighting the Fort was taken.

The America the Beautiful 5 oz. Silver Quarter Series began back in 2010, and has become a highly popular bullion coin series with coin collectors. The series commemorates national parks, monuments, and historical sites, releasing five new coins each year. The 5 oz silver bullion coins are enlargements of the same designs depicted on the quarters that are in normal circulation.

Background on the park
At the center of the park is the memorial rotunda. When you enter, you are greeted by sculptor Hermon MacNeil’s bronze statue of the youthful Clark, standing seven and one-half feet tall. The soldier and patriot was only 25 years old when he decide to lead a cadre of frontiersmen into the Illinois Country and strike the heart of the British-controlled terrain. The inscription on the statue reads, “If a country is not worth protecting it is not worth claiming.”

Upon the walls of the memorial rotunda, seven murals depict the Clark expedition story:
The seven murals represent:
1. Kentucky: Entering the great valley
2. Cahokia: Native Tribes – Peace or war?
3. The Wabash: The wilderness and the flood
4. Vincennes: The British block the way to the west
5. Fort Sackville: Britain retreats
6. Marietta: The new Northwest territory
7. St. Louis: Opening the way to the Pacific