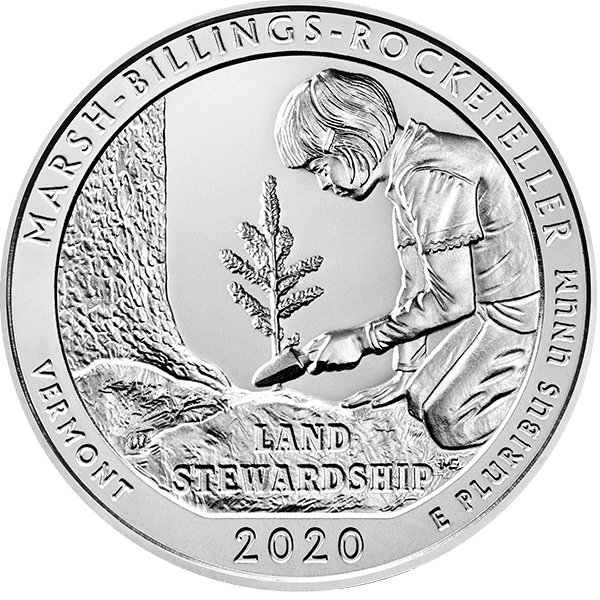 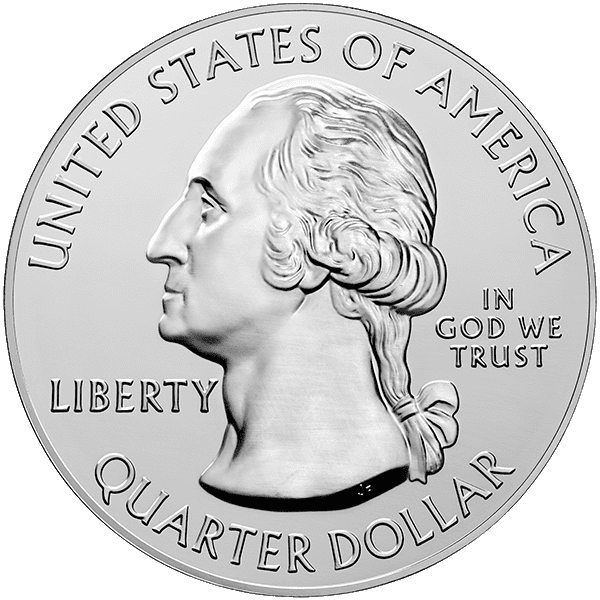 The ATB Vermont Bullion that celebrates teh Marsh-Billings-Rockefeller National Historical Park is the fourth 2020 release in the America the Beautiful 5 ounce bullion series.

The America the Beautiful Five Ounce Silver coins are all composed of 99.9 percent fine silver.

The 2020 Marsh-Billings-Rockefeller America the Beautiful Silver Bullion Coin will be the fourth strike of 2020 to appear as part of the US Mint’s Program. It is also the fifty-fourth coin out of fifty-six that are to be included in the program.

The reverse design of the ATB Vermont bullion depicts a young girl planting an evergreen seedling over the words: “Land Stewardship.” Inscriptions include: “MARSH-BILLINGS-ROCKEFELLER,” “VERMONT,” 2020,” and “E PLURIBUS UNUM.”

As with all the other ATB Quarters, the obverse displays the John Flanagan’s portrait of George Washington that is found on circulating quarters. The bullion coins are exact duplicates of the quarter dollars issued, with the exception of the size, their silver composition and their edges. The edges of circulating quarters have 119 reeds, but ATB coins have flat edges with incused edge lettering That denote the coin’s fineness and weight.

The other 2020 quarters honor: