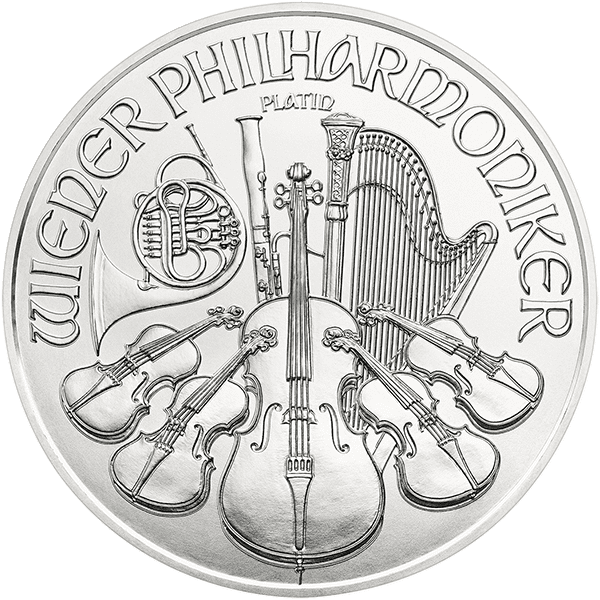 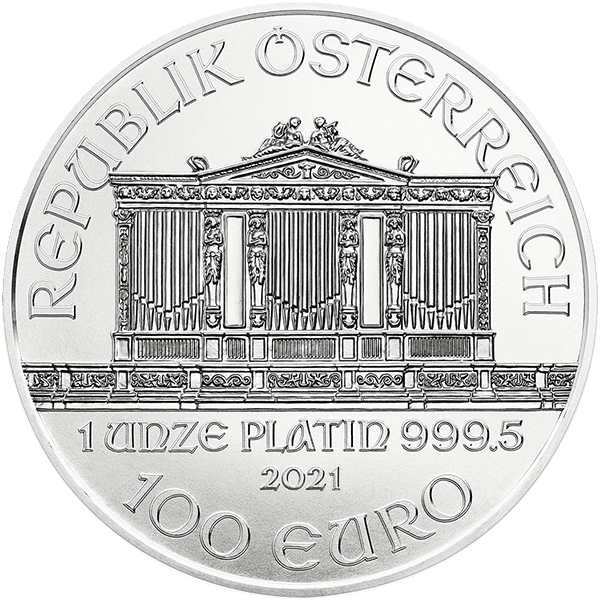 IN 1989, the Austrian Mint launched their bullion coins with the Gold Philharmonic. The mint decided to expand its offerings with a 1 oz. Platinum version in 2016. The Platinum Philharmonic features the same artful design as the Gold and Silver Philharmonics which includes the image of the great pipe organ from the Vienna Musikverein’s Golden Hall on the obverse and a octet of instruments on the reverse side: a cello, four violins, a harp, a bassoon and an instrument that was developed for Viennese orchestral performances, the Vienna horn.

Beginning in 2017, the mint added new tamper evident seals to the mint tubes that contain multiples of ten and monster boxes. The Individual coins are packaged in protective plastic.

The platinum Philharmonic is currently only offered in the 1 oz. size, which is Eligible for Precious Metals IRAs.