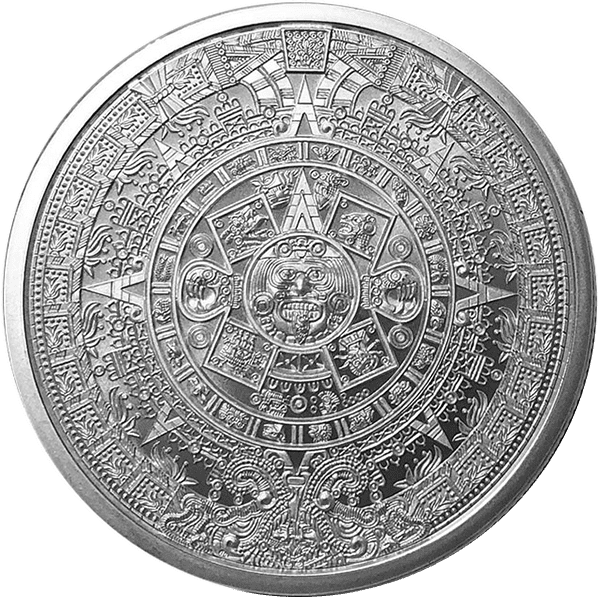 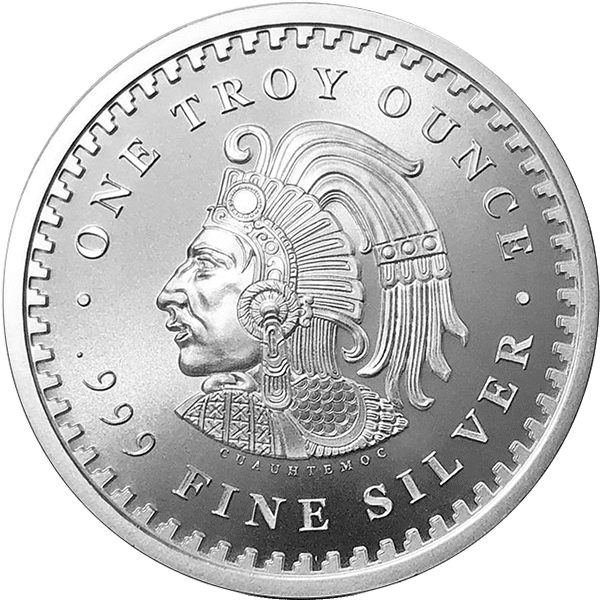 Aztec Calendar Silver Round. This Dillon Gage exclusive celebrates the legendary bravery of the Spartan Warrior. This new round is also struck in copper.

The coin features the design found on the Aztec Sun Stone which is kept in Mexico City’s National Anthropology Museum. 260 days. In Nahuatl, the language of the Aztecs, it is called the tonalpohualli or, the day-count.Most information on this website refers to the tonalpohualli, which is the sacred calendar.

There is actually another Aztec calendar

There is not just one Aztec calendar, there are two more or less independent systems. One calendar, called the xiuhpohualli, has 365 days.It describes the days and rituals related to the seasons, and therefor might be called the agricultural year or the solar year.

The Aztec sun stone (Spanish: Piedra del Sol) is a late post-classic Mexica sculpture housed in the National Anthropology Museum in Mexico City, and is perhaps the most famous work of Aztec sculpture.[1] The stone is 358 centimetres (141 in) in diameter and 98 centimetres (39 in) thick, and it weighs about 24 short tons (21.4 long tons; 21.8 t). Shortly after the Spanish conquest, the monolithic sculpture was buried in the Zócalo, the main square of Mexico City. It was rediscovered on 17 December 1790 during repairs on the Mexico City Cathedral.[2] Following its rediscovery, the sun stone was mounted on an exterior wall of the Cathedral, where it remained until 1885.[3] Early scholars initially thought that the stone was carved in the 1470s, though modern research suggests that it was carved some time between 1502 and 1521.[4]

The tonalpohualli, or day-count, has been called a sacred calendar because its main purpose is that of a divinatory tool.It divides the days and rituals between the gods. For the Aztec mind this is extremely important.Without it the world would soon come to an end.According to Aztec cosmology, the universe is in a very delicate equilibrium.Opposing divine forces are competing for power.This equilibrium is in constant danger of being disrupted by shifting powers of the gods, of the elemental forces that influence our lives.This struggle cannot be won by any god.
The notion that everything ultimately consists of two opposing forces is essential to the Aztec worldview.The world is always on the brink of going under in a spiritual war, a war of gods competing for supreme power.To prevent this from happening, the gods have been given their own space, their own time, their own social groups, etcetera, to rule over.The tonalpohualli tells us how time is divided among the gods.