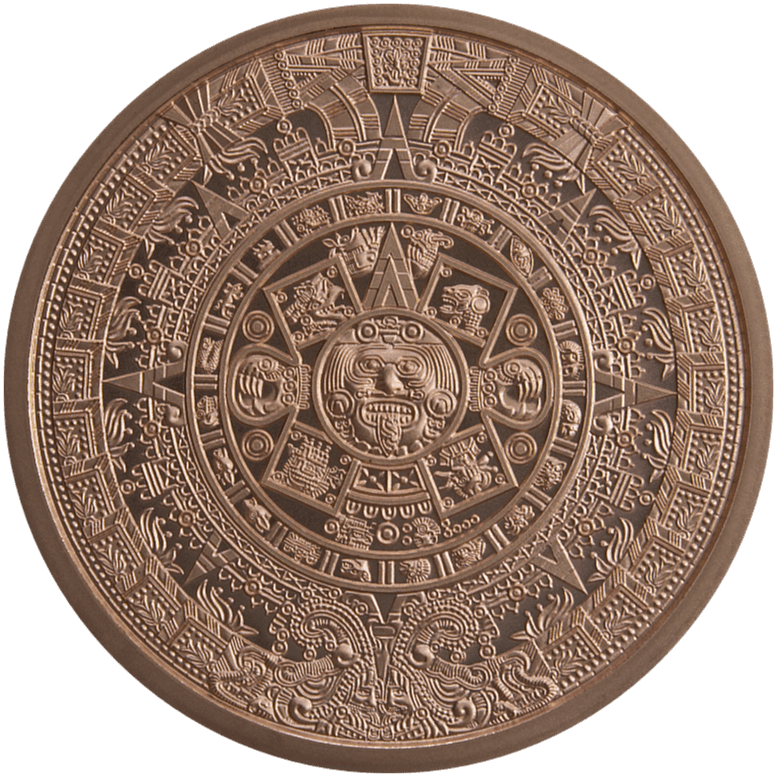 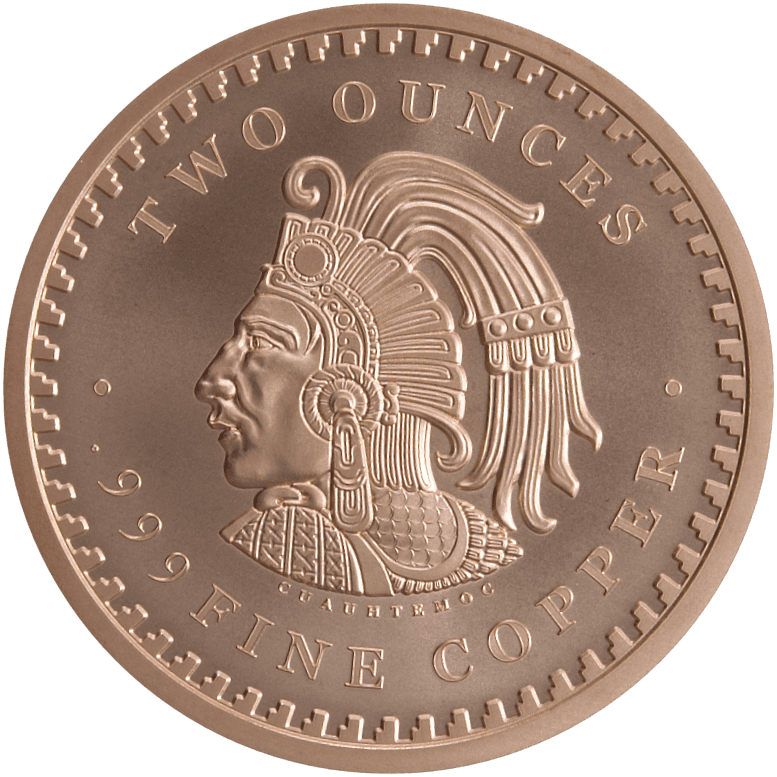 Aztec Calendar Copper Round. This Dillon Gage exclusive celebrates the intricate beauty of the ancient aztec artifact. This round is also struck in silver.

The coin features the design found on the Aztec Sun Stone which is currently on display at Mexico City’s National Anthropology Museum. In Nahuatl, the language of the Aztecs, it is called the tonalpohualli or, the day-count. The tonalpohualli is considered to be the sacred calendar that is divided into 260 days. It is primarily thought to be a divinatory tool that separates the days and rituals between the gods. This was a critical function in the Aztec culture. Aztecs believed the world would come to an end without this guide that controlled the divine forces that competed for power According to Aztec cosmology, the universe’s delicate is in constant danger of being disrupted by shifting powers of the gods and of the elemental forces that influence our lives.

Surprisingly, there is more than just one Aztec calendar. Another calendar, called the xiuhpohualli, has 365 days. It describes the days and rituals related to the seasons. It is thought to be a guide to the agricultural or the solar year.

The Aztec sun stone is perhaps the most famous work of Aztec sculpture. It measures 141 in diameter, is 39 inches thick, and weighs about 21.8 tons. Early researchers thought that the stone was carved in the 1470s, however, modern scholars date the carving to between 1502 and 1521.