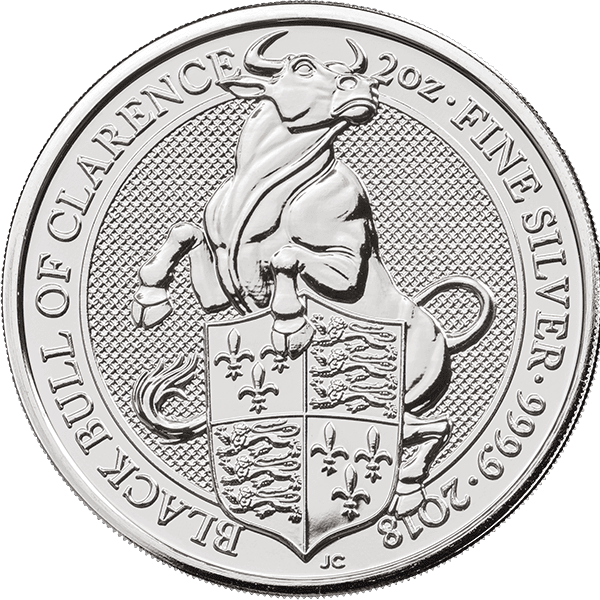 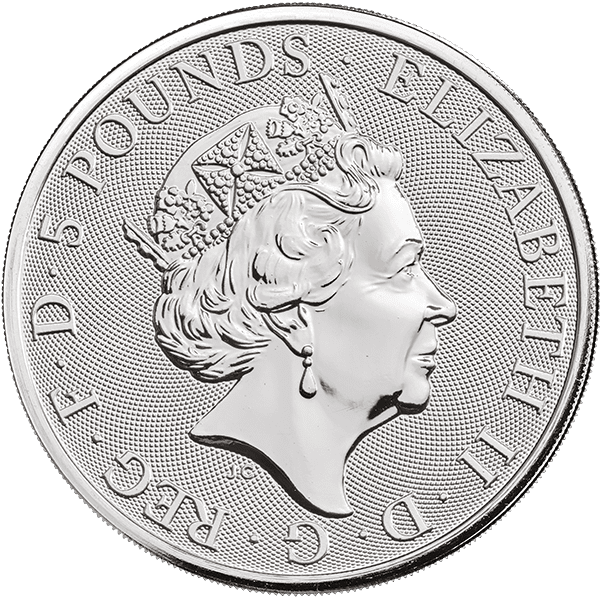 Black Bull of Clarence – Silver. In 2019, the Royal Mint released this design as a 10 ounce fine Silver Coin.

This is the fifth in the Royal Mint’s Queen’s Beast series! This fabulous design is was first released in 2 oz of .9999 fine silver in 2019. In fact, this series features the first 2 oz silver bullion struck by the Royal Mint.

The inspiration for this series is the statues that adorned Westminster Abbey’s entrance for Elizabeth II’s coronation in 1952. Each statute represents the Queen’s lineage by holding the symbols of her ancestor’s heraldry.

The Black Bull of Clarence is a “Yorkist” beast which came to The Queen through Edward IV, the first king of England from the House of York and one of the key players in the “Wars of the Roses.” Edward IV is said to have often used the bull as a symbol, as did his brother, Richard III, the last York king.