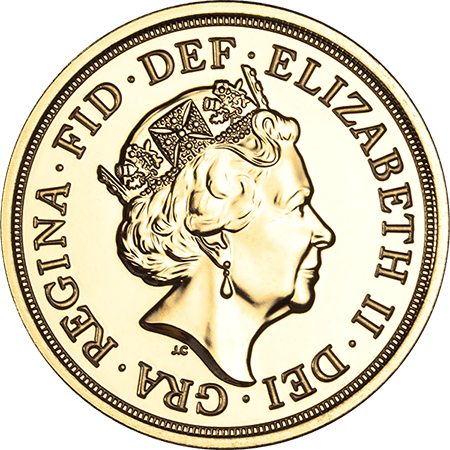 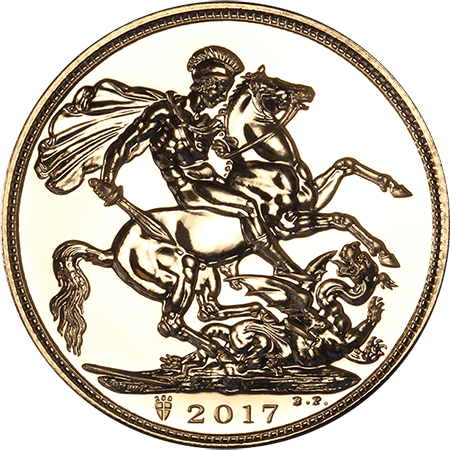 This is the 200th anniversary of Britain’s modern Sovereign. For two centuries this coin has been a constant of British coinage and considered the flagship of the Royal Mint. The 2017 release is a celebration of this status.

The 2017 design returns to Benedetto Pistrucci’s original ‘garter’ sculpture which was first struck in 1820. Pistrucci’s artwork features St George and the dragon surrounded by the full Old French inscription and garter border. For this 2017 edition, the date is shown on the obverse for the first time since 1887. It also features a new shield mint mark, below the slain dragon, to signify the two century anniversary. The coin’s obverse shows the fifth portrait of Queen Elizabeth II by Jody Clark.