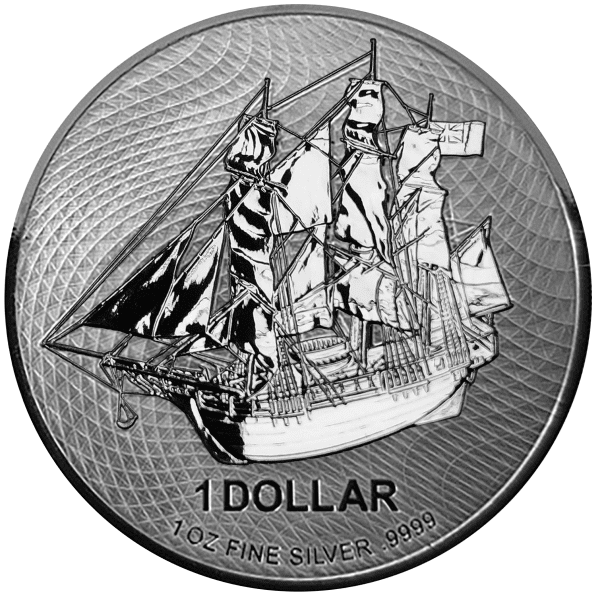 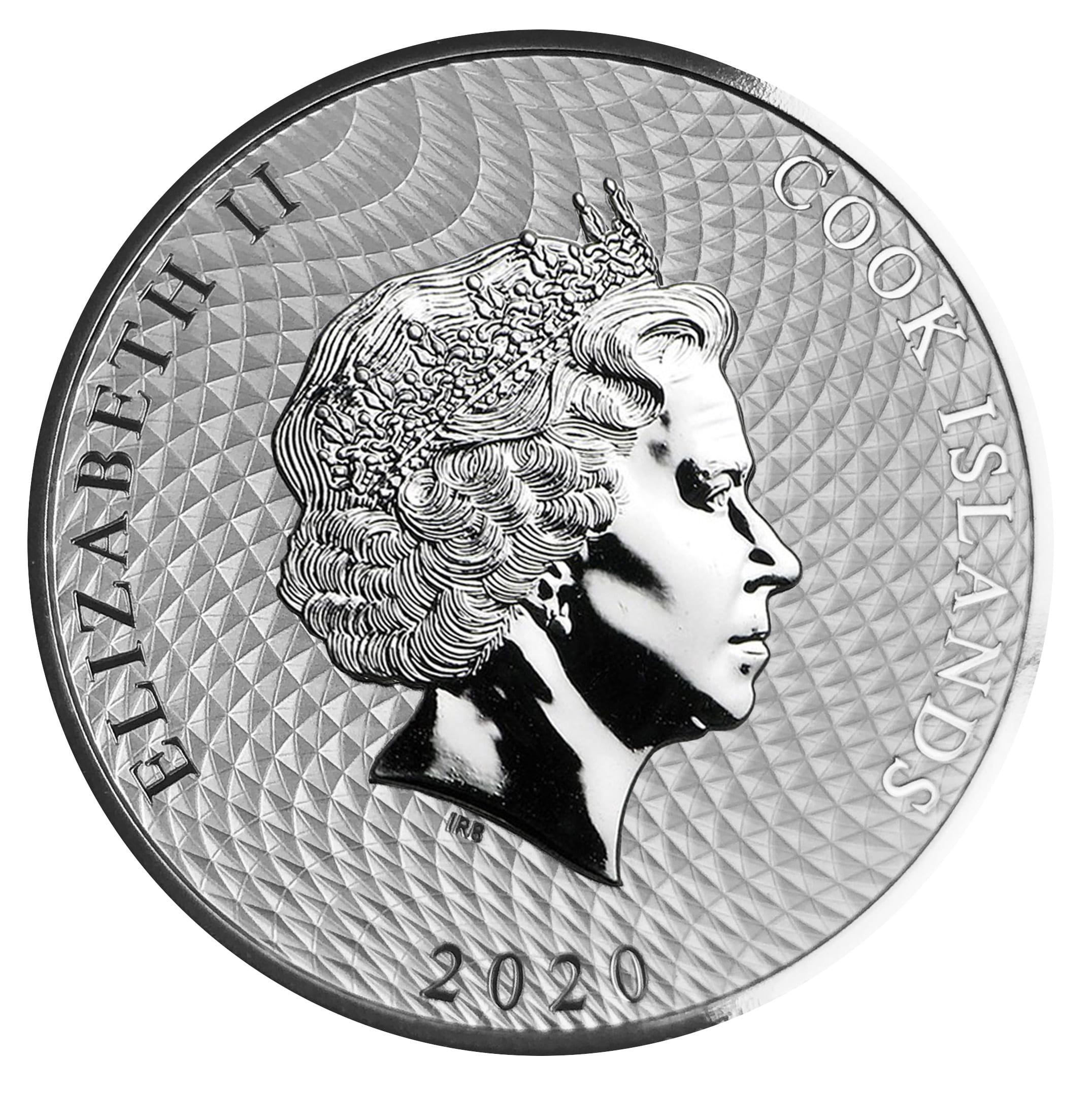 The Cook Island Bounty Silver Coin celebrates the historic voyage of the HMS Bounty, whose sad story makes it one of the most famous ships in naval history.

The obverse of the 2020 Cook Islands Bounty Silver Coin depicts the right-profile bust of Queen Elizabeth II designed by Ian Rank-Broadley for the Royal Mint of England in 1998. This effigy was retired from British coins in 2015 and Australian coins in 2018, but continues to be featured on the coins of New Zealand, Niue, Tokelau, and the Cook Islands.

The reverse face of 2020 1 oz Cook Islands Bounty Silver Coins includes a depiction of the HMS Bounty as it sails across the ocean along with the words “1 dollar” and “1 oz .9999 fine silver.”

The HMS Bounty made just one voyage under the British Royal Navy flag, a voyage that had an infamous end when a mutiny led by Fletcher Christian took control of the vessel. Under the command of William Bligh, the Bounty was commissioned in 1787 and sent to the South Pacific to acquire breadfruit plants destined for the British West Indies. During its ill-fated sailing it passed through the Cook Islands.