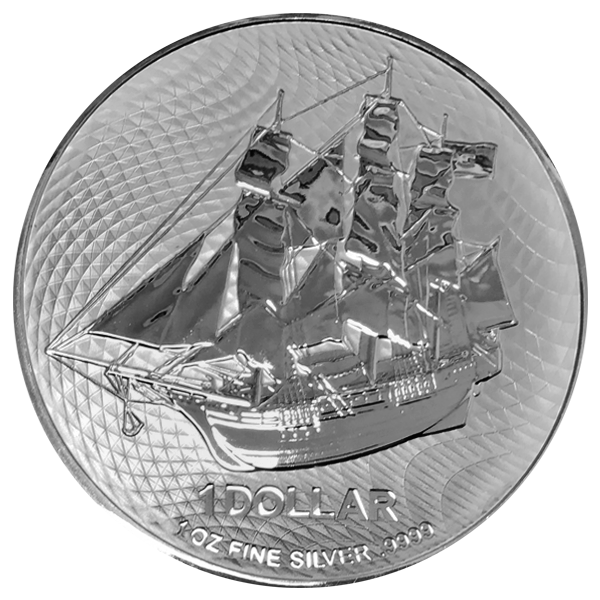 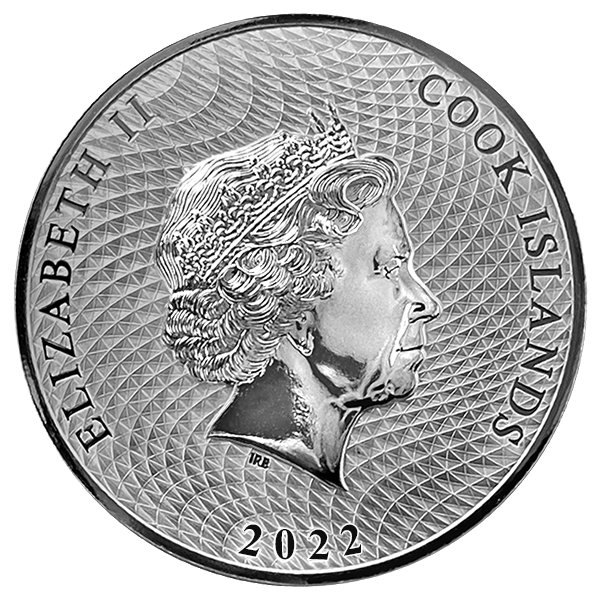 The Cook Islands Bounty Silver 2022 is available from Dillon Gage.

The Cook Islands Bounty Silver Coin celebrates the historic voyage of the HMS Bounty, that was sent on an ill-fated mission to Tahiti and became one the most famous ships in naval history.

The obverse of the coin depicts the right-profile bust of Queen Elizabeth II designed by Ian Rank-Broadley for the Royal Mint of England in 1998. This effigy was retired from British coins in 2015 and Australian coins in 2018, but continues to be featured on the coins of New Zealand, Niue, Tokelau, and the Cook Islands.

The reverse face includes a depiction of the HMS Bounty as it sails across the ocean along with the words the official Cook Island’s denomination and the coin’s weight in .9999 fine silver.

The background of both sides of the coin is a flowing stylized grid or net of waves.

The HMS Bounty made just one voyage under the British Royal Navy flag, a voyage that had an infamous end when a mutiny led by Fletcher Christian took control of the vessel. Under the command of William Bligh, the Bounty was commissioned by the British Navy in 1787 and sent to the South Pacific on a scientific mission to acquire breadfruit plants. England hoped to transplant and farm the food source in the British West Indies. After the commandeering the ship, the mutineers fled the reach of the Royal Navy, sailing the the Bounty throughout the region including a course that encompassed Fiji and the Cook Islands. Eventually, the mutineers chose to set up a camp on Pitcairn Island, which was incorrectly charted by Britain. The cartography mistake gave the mutineers hope that they would remain undetected. To further cover their tracks, the mutineers burned and scuttled the HMS Bounty was burned and scuttled in the bay at Pitcairn Island in 1790.