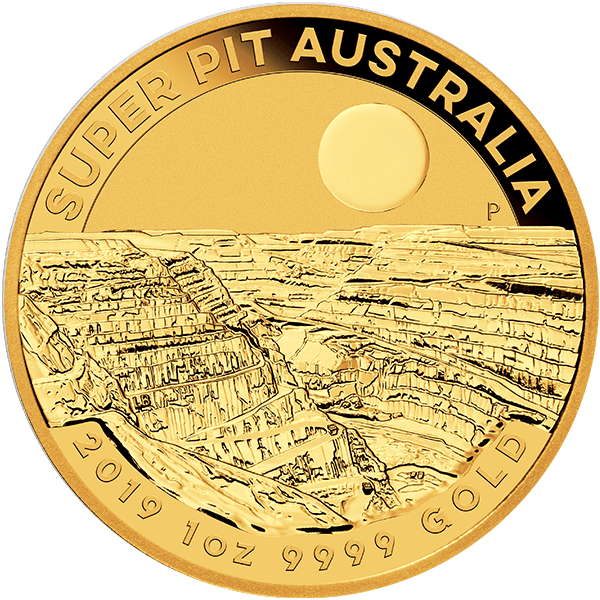 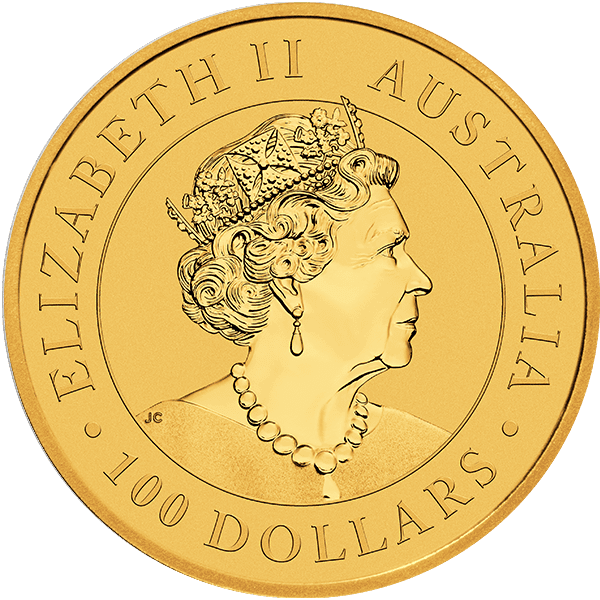 Gold Super Pit Coin from the Perth Mint. This .9999 fine Gold coin features the image of Australia’s famous “Super Pit” mint on the reverse. The coin is also available in Silver.

This 1oz gold bullion coin celebrates the iconic Super Pit mine, struck with gold sourced directly from the legendary site.

Gold discoveries across the outback sent the world rushing to Western Australia in the early 1890s. The abundant finds included the celebrated Golden Mile at the mining town Kalgoorlie, which is now home to the Super Pit. At almost 3.5km long, 1.5km wide and more than 600m deep, the Super Pit produces approximately 700,000 ounces of gold each year.

Struck by The Perth Mint from 1oz of 99.99% pure gold, the coin is issued as legal tender under the Australian Currency Act 1965.

DESIGN
The coin’s reverse portrays original artistry of the awe-inspiring mine. As well as the depiction of this spectacular landmark, the design includes the inscription ‘SUPER PIT AUSTRALIA 1OZ 9999 GOLD’ and The Perth Mint’s ‘P’ mintmark.
The Jody Clark effigy of Her Majesty Queen Elizabeth II and the monetary denomination are depicted on each coin’s obverse.

AUTHENTICATION FEATURE
The coin includes an authentication feature on the reverse in the form of a micro-laser engraved letter. Contained within the coin’s inscription ‘AUSTRALIA’, this letter is only detectable under a magnifying glass. The authentication feature is designed to make it significantly more difficult for the coin to be counterfeited.