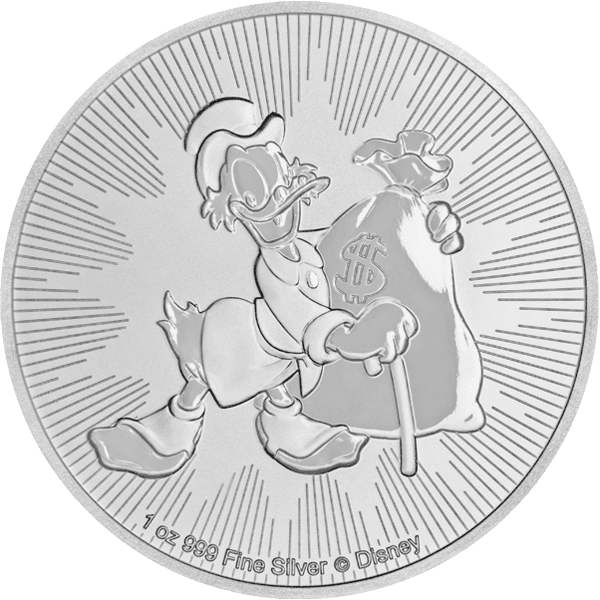 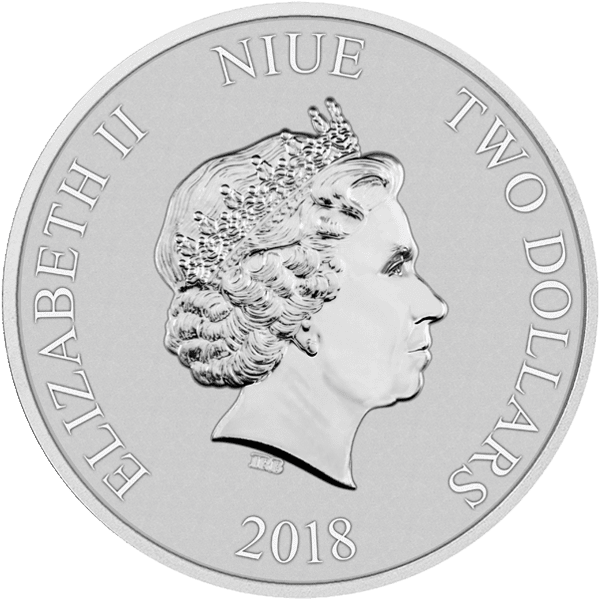 If you were asked what Disney character really belongs on money or bullion…the answer would have to be Scrooge McDuck, the millionaire of the Mouse House.

The Island nation of Niue has place the image of the lovable miser on its latest 1 oz silver bullion coins.

The penny-pinching uncle of Donald Duck was first drawn in 1947. This comic book “tycoon” later got to headline his own series of comic books. In the 80s and 90s, Uncle Scrooge became famous with another generation through the TV series Duck Tales.

The reverse of the coin shows Scrooge McDuck, with his “hands” clutching a giant bag of gold. This side also shows the purity and weight of the coin. The Disney copyright is also distinctly shown here — marking this as an officially licensed image.

Each coin contains 1 troy ounce of 0.999 pure silver and they are considered legal tender by the government of Niue with face values of $2 (NZD).

The obverse displays the same Ian Rank-Broadley portrayal of Queen Elizabeth II as seen on other Niue coinage.