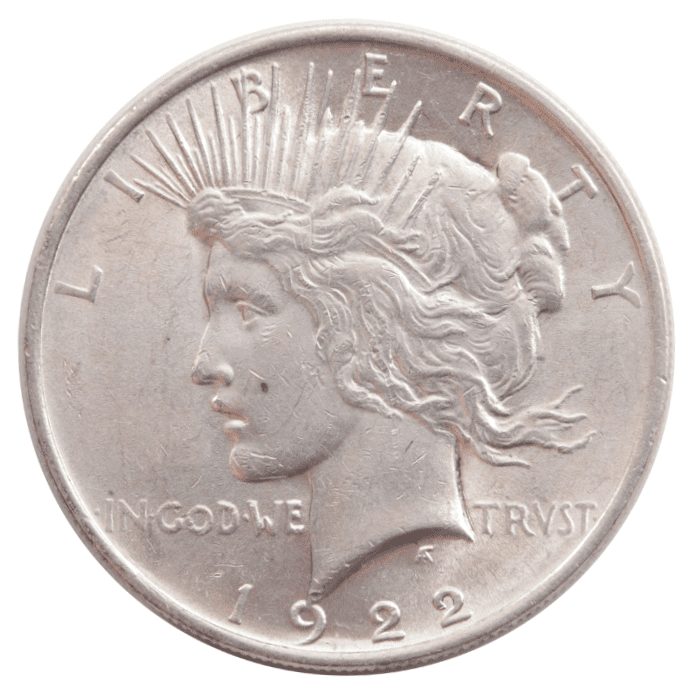 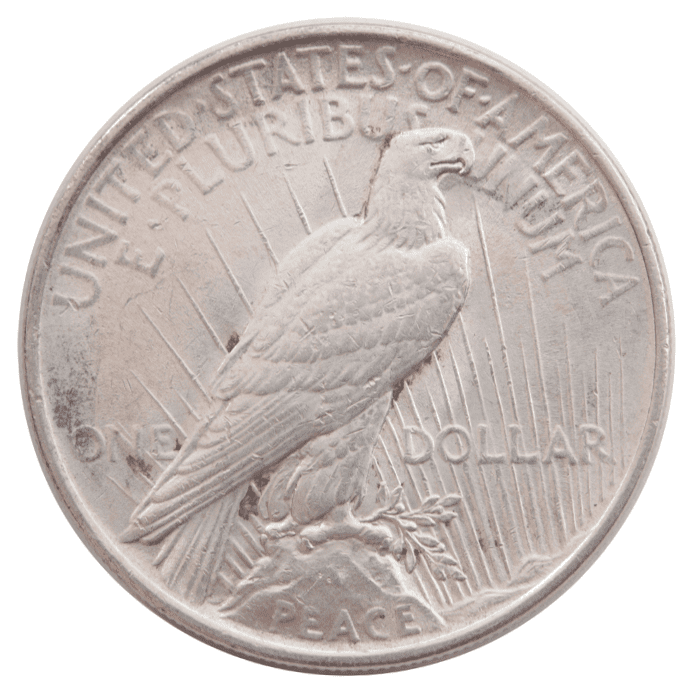 The Peace dollar was minted by the U.S. from 1921 to 1928, and again in 1934 and 1935. A competition was held to find the best design representing peace following the end of World War I. The winner was Anthony de Francisci whose creation features the head and neck of the Goddess of Liberty in profile on the obverse. The reverse depicts a bald eagle at rest clutching an olive branch, with the legend “Peace”.

The initial design featured a broken sword, but public reaction caused the sword to be removed prior to the coin being struck. Many felt the broken sword represented defeat.

The Peace dollar was first struck on December 28, 1921; just over a million were coined bearing a 1921 date. When the Pittman Act requirements were met in 1928, the mint ceased to strike the coins, but more were struck in 1934 and 1935 as a result of other legislation. In 1965, the mint struck over 300,000 Peace dollars bearing a 1964 date, but these were never issued, and all are believed to have been melted.