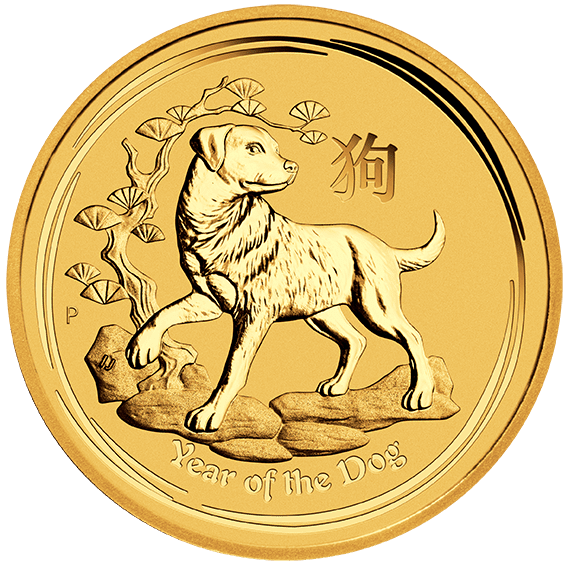 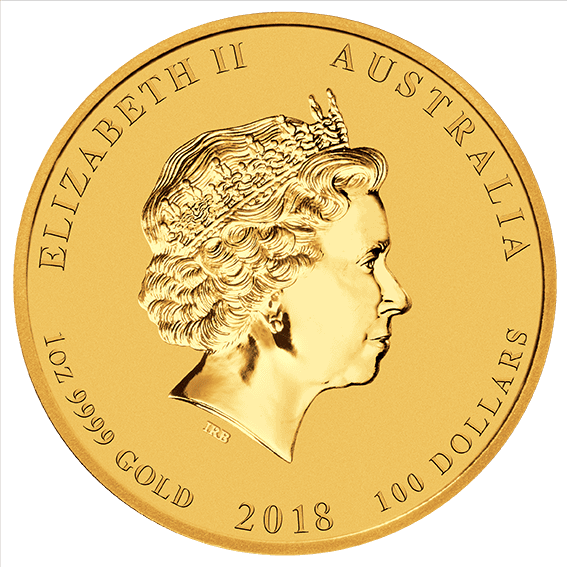 2018 is the Year of the Dog in the Chinese Lunar calendar. The Perth Mint continues its Australian Lunar series with the 2018 designs in each 99.99% fine gold coin. The series changes each year to depict the animal that represents that year.

Perth Mint was the first major mint to create an original precious metal coin program that celebrates the Chinese lunar calendar. The first in the series was struck for the Year of the Mouse in 1995.

The reverse of the 2018 coin depicts a Labrador Retriever standing on rocks with a pine tree in the background. The design also incorporates the Chinese character for ‘dog’, the inscription ‘Year of the Dog’ and The Perth Mint’s traditional ‘P’ mintmark. The Australian Lunar series also includes silver coins.

Chinese New Year for 2018 starts on February 16th. Those born in the Year of the Dog are said to be loyal, independent, courageous and decisive. Chinese Zodiac descriptions say that “Dogs” are not afraid of difficulties in daily life which makes them have happy relationship with friends and family. On the down side, the “Dog” people are thought to be sensitive, conservative, and stubborn. Those born in 1922, 1934, 1946, 1958, 1970, 1982, 1994, 2006 and 2018 are born in the year of the Dog.