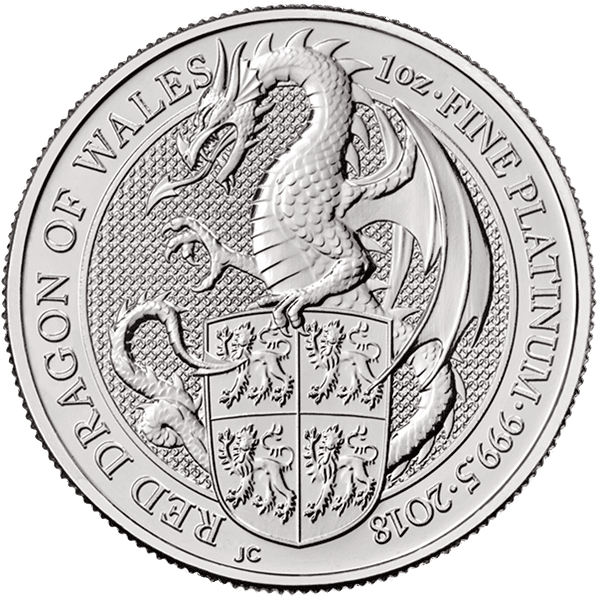 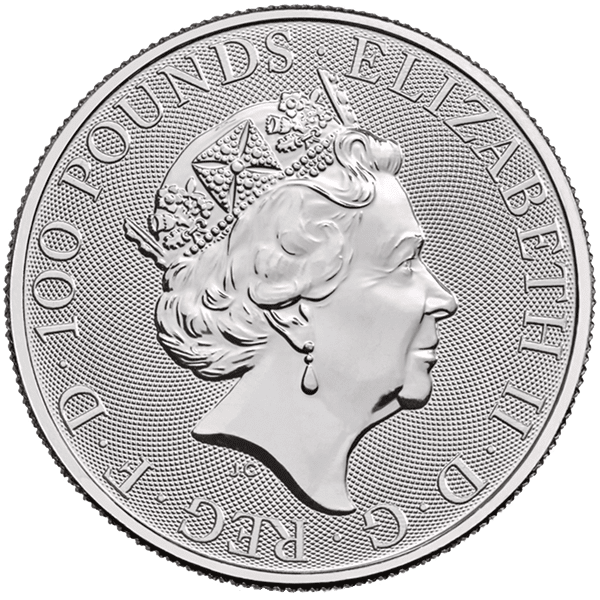 This bullion coin is part of the Queen’s Beasts collection from the Royal Mint. Inspired by ancient symbols of England’ crown and nobility that were displayed as ten statues that lined the entrance to Westminster Abbey at the coronation of Queen Elizabeth II in 1953.

The Welsh dragon was first used in the Royal Arms in the 1500s. The Red Dragon of Cadwallader is the emblem of Wales.

This is the third in a series of ten designs celebrating each of The Queen’s Beasts.