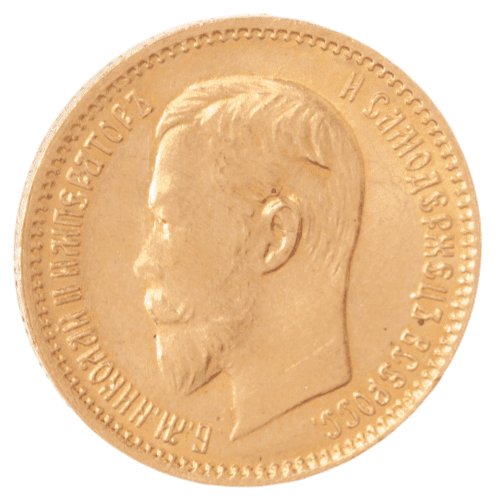 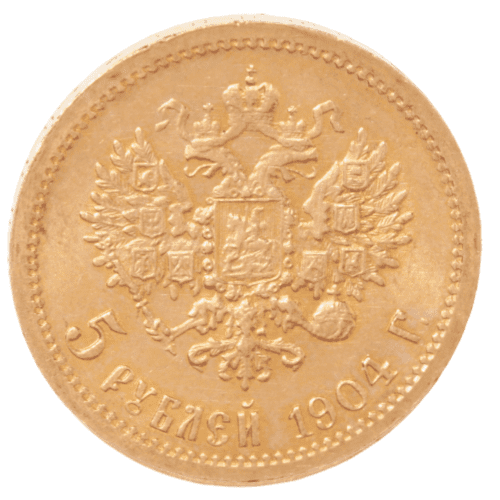 Original issues of this gold bullion are available in 5 and 10 Ruble Sizes.

The obverse of each Ruble features the left-facing profile of Nicholas II, the last Tsar of Russia, who was forced to abdicate after the February Revolution of 1917. The reverse features the Imperial Coat of Arms, along with the Tsar’s seal, a shielded double eagle, with crowns that represent Russia, Kazan and Astrakhan.

The ruble (also spelled rouble) has been official Russian currency for 500 years. In 1886, a new 10 Ruble was introduced, which circulated in pre-communist Russia and the Soviet Union for more than 25 years.