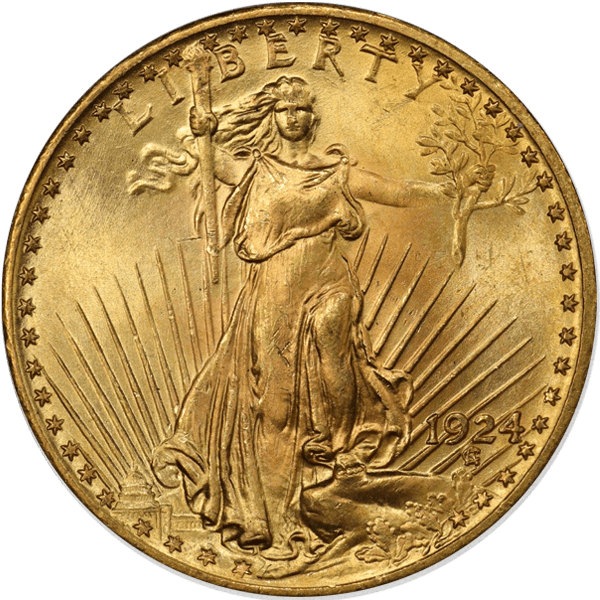 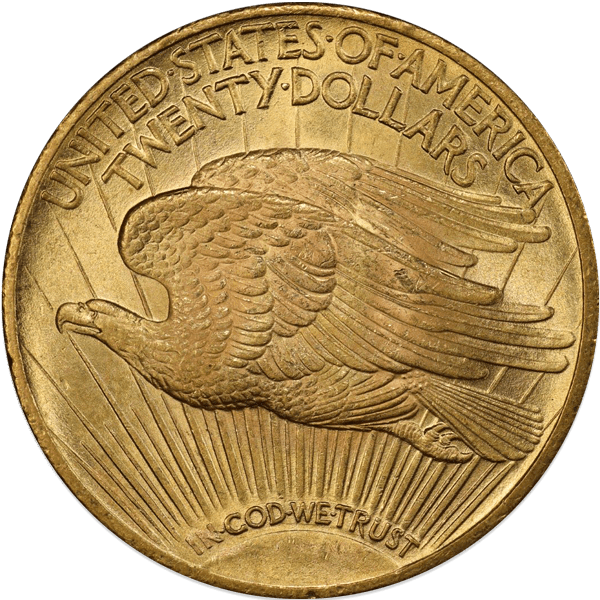 In 1905, President Roosevelt personally invited Saint-Gaudens to redesign American coinage, specifically U.S. gold pieces. What emerged has been called the most beautiful coin ever minted in the U.S. and perhaps the world — the 1907 $20 gold piece, also known as the Double Eagle.

On the obverse, Saint-Gaudens shows Liberty, personified by a statuesque woman striding powerfully forward. Liberty’s robe harkens back to our roots as a republic based on the ideals of ancient Greece and Rome. Liberty is leading the way with a torch in her front hand and an olive branch in the back hand. This design underscores that liberty is central to the American spirit, is beautiful and attractive to all, and wherever Liberty goes, inspired by enlightenment, peace follows. The United States Capitol dome is also depicted in the background, meaning that through representative democracy, liberty has been fully achieved in America, strengthening her position to go forth throughout the world.

A young eagle flying during a sunrise is depicted on the reverse. This is America, young and strong, in its ascendancy with a bright future before it. The motto, “E PLURIBUS UNUM” is on the edge of the coin, allowing a cleaner design on the obverse and reverse. These stylistic elements represented the visual embodiment of America and made it the definitive American coin.