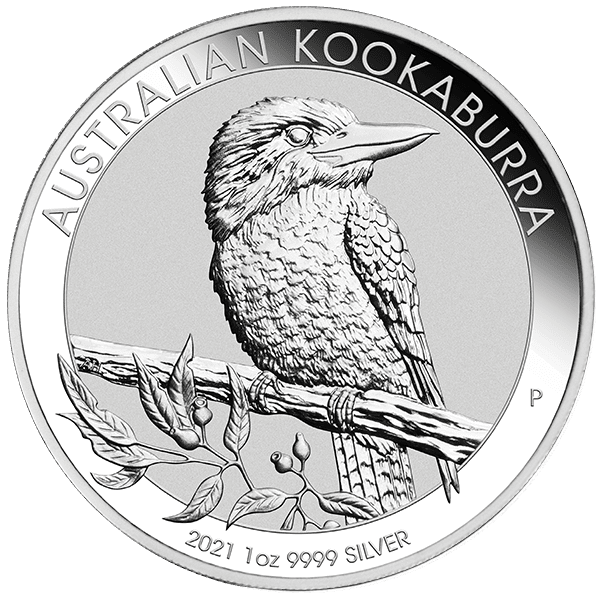 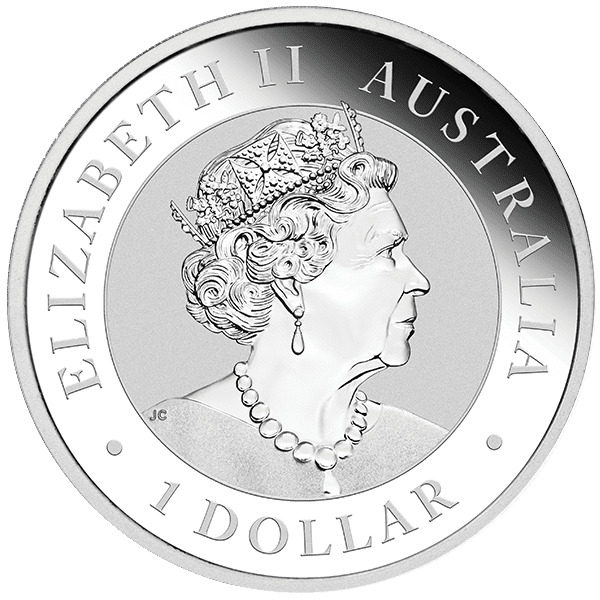 The Silver Kookaburra in 1 ounce and 1 kilo sizes are available from Dillon Gage.

Each year, the Kookaburra’s reverse design is updated, which adds to its attraction. This year, the reverse portrays a kookaburra perched on a eucalyptus tree branch. The inscription AUSTRALIAN KOOKABURRA, The Perth Mint’s traditional ‘P’ mintmark, the 2021 year-date, and the weight and purity are also included in the design. The obverse of the coin always displays an effigy of Queen Elizabeth II.

Each coin’s reverse also includes a security feature in the form of a micro-laser engraved letter within the coin’s AUSTRALIAN KOOKABURRA heading. It is only detectable under a magnifying glass.

Mintage: 500,000 of the 1 ounce coins will be released. The Perth Mint will not place a mintage limit on the 1 kilo and 10 ounce coins, but production will stop at the end of 2019. However many coins have been struck at that time will be declared the official mintage of each coin.

The Kookaburra is issued as legal tender under the Australian Currency Act 1965.

Kookaburra History
The Silver Kookaburra has been a very popular product from the Perth Mint for many decades. It was first struck in 1990 as a .999 fine silver coin. Last year, the coin was elevated to .9999 fine silver.

The Kookaburra
The laughing kookaburra is the largest member of the kingfisher species. 9grow to between 28–42 cm (11–17 in) in length). The name is an aboriginal loanword. In the original language “guuguubarra” sounds like the bird’s distinctive call. This loud call of the laughing kookaburra is widely used as a stock sound effect for movies and television shows that depict the Australian outback. It’s unusual call has actually been used for scenes outside of those in the bush, to lend an exotic flavor. It can be heard in The Wizard of Oz (1939), The Treasure of the Sierra Madre, Swiss Family Robinson (1960), and The Lost World: Jurassic Park and more.

The Kookaburra thrive in a wide range of habitats from humid forest to arid savanna, as well as suburban Australian areas that offer tall trees or flowing water.