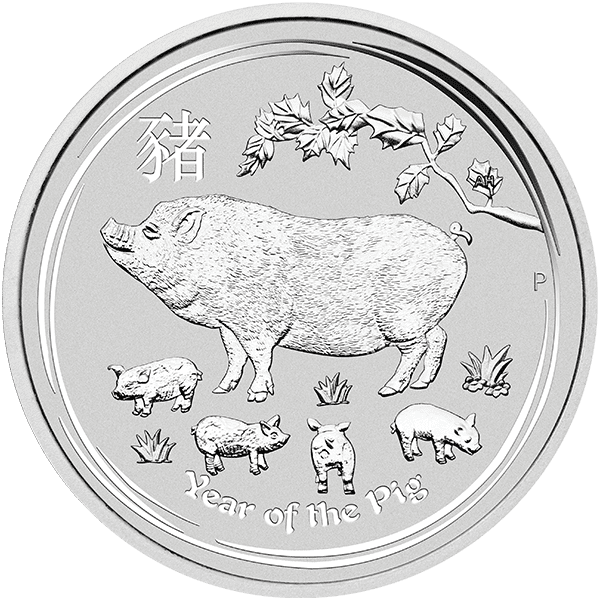 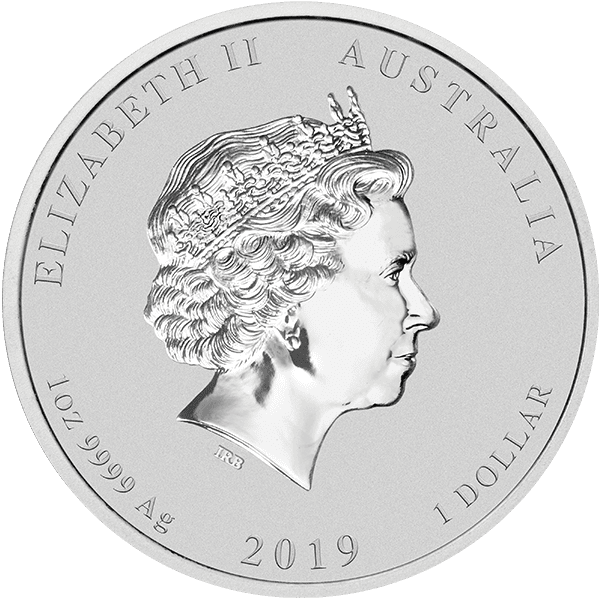 Silver Perth Lunar 2019 coins from the Perth Mint celebrate the Year of the Pig, one of 12 animals associated with the ancient Chinese lunar calendar.

The reverse of each coin features a representation of a domesticated or pet pig, which are typically pink with black markings, along with four piglets, amid stylized foliage. The Chinese character for ‘pig’ and the inscription ‘Year of the Pig’ appear in the design with The Perth Mint’s traditional ‘P’ mintmark.

The Ian Rank-Broadley effigy of Her Majesty Queen Elizabeth II, the 2019 year-date, the monetary denomination, and the weight and fineness are shown on the obverse of each coin.

Meticulously struck from 99.99% pure silver, the coins are issued as legal tender under the Australian Currency Act 1965.