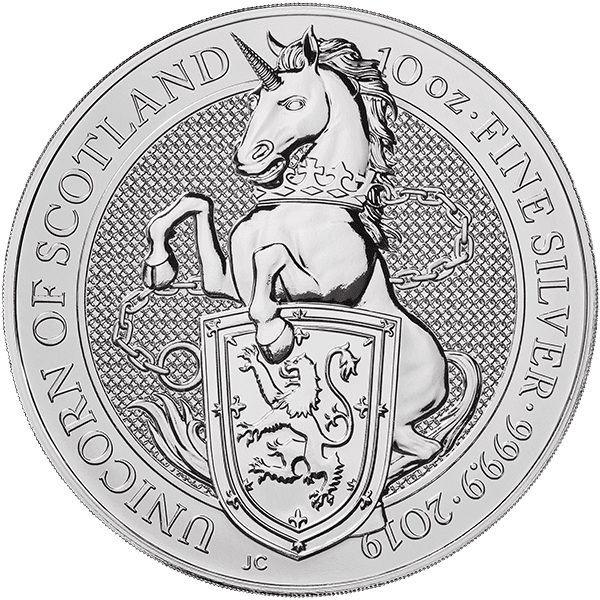 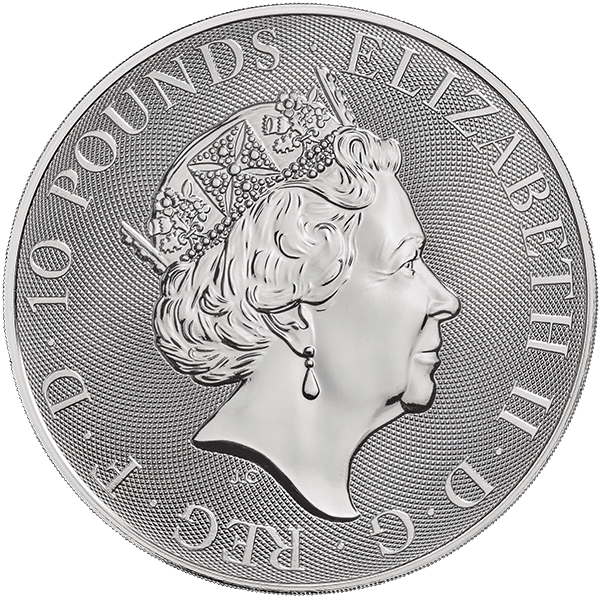 The silver Unicorn of Scotland is available in a 10 ounce coin. This is the fourth design released in the Royal Mint’s Queen’s Beasts series. It is will now be available in Silver and Platinum. (It was originally struck in 1 and 1/4 ounce gold, and 2 ounce silver.)

The silver Unicorn of Scotland bullion is inspired by one of the statues that lined the entranceway to Westminster Abbey to “guard” Queen Elizabeth on her coronation day in 1953. There were a total of ten “Queen’s Beasts.” These fantastic heraldic animals represented he centuries of England’s royal heritage.

The popular Royal Mint Queen’s Beasts Collection is inspired by these awesome statues, that have been recreated for the Kew Gardens.

The Unicorn, along with the Lion, are the primary symbols of the United Kingdom. As the heraldic supporters they appear in the full royal coat of arms supporting kingdom’s shield which is topped with the crown. While the lion stands for England, the unicorn represents Scotland. The two symbolic beasts where combined on the coat of arms in 1603, upon James I’s accession to the throne of England. He was already king of Scotland. The unicorn was first used on the Scottish royal coat of arms by William I in the 1100s.