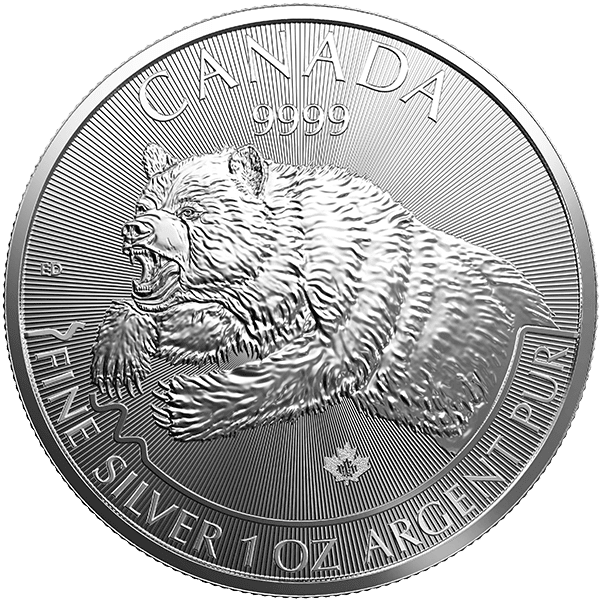 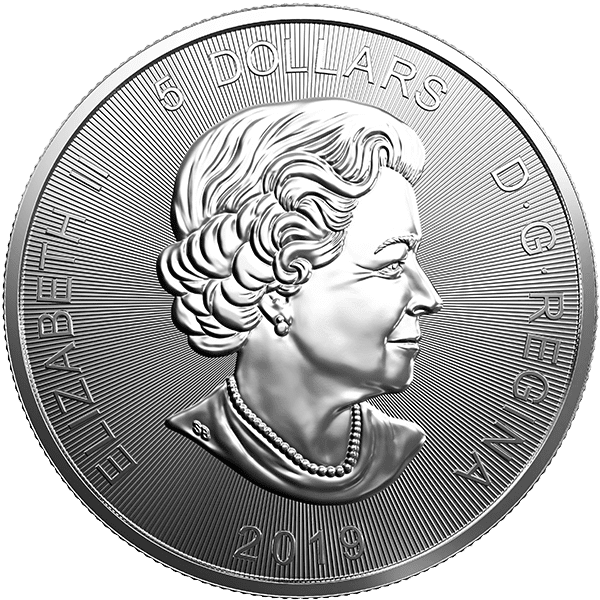 The grizzly is Canada’s second-largest carnivore on dry land. This apex predator rules its domain, with no natural enemies except when it young. That doesn’t mean its eminence is unchallenged. The erosion of its habitat and the encroaching humans civilization are serious threats to its existence. Grizzly populations are directly impacted by hunting, road collisions and other conflicts. Additionally, human development has reduced its territory, a serious condition for a creature that requires large natural ranges with adequate food in order to thrive.

Starting with the 2018 Wolf, each coin’s design is set upon finely cut radial lines that adds to the coin’s security.

The reverse also includes a laser-cut maple leaf with an “19” year of issue marker for enhanced security. The obverse showcases the profile portrait of Her Majesty Queen Elizabeth II.

Canadian artist Emily Damstra created this portrait of a leaping grizzly bear. The Royal Canadian Mint engravers gave the coin a finish that emphasizes the bear’s fur, bringing the ferocity to life.