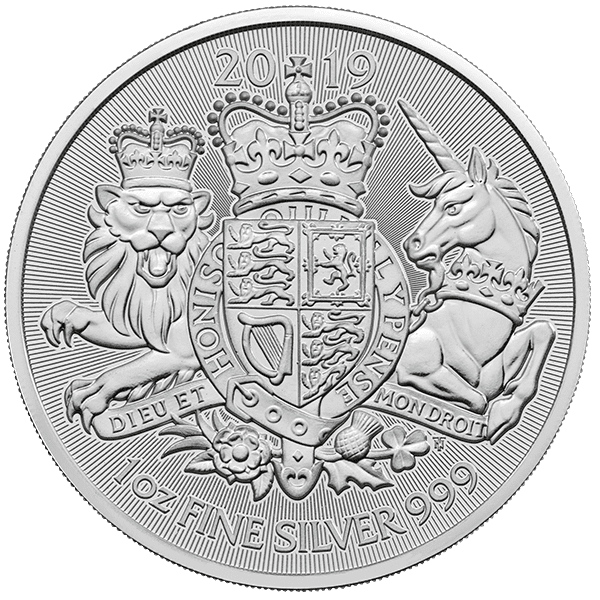 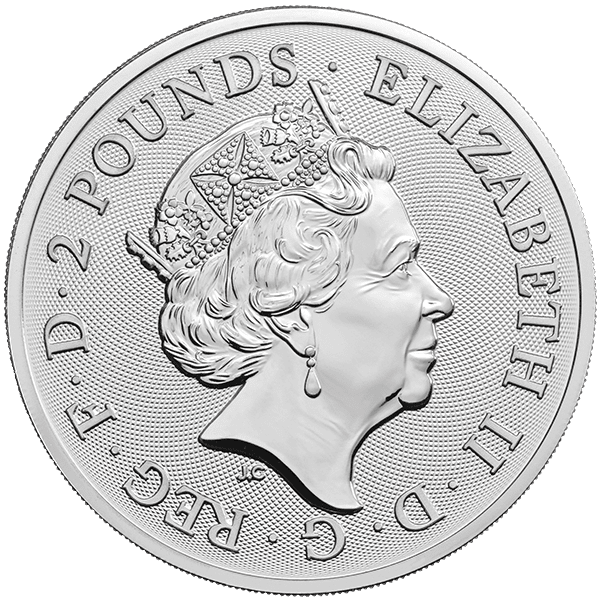 The Royal Arms Silver Coin Bullion was first released in 2019.

This bullion coin from the Royal Mint features the majestic Royal Arms. A mainstay of British coinage for centuries, this symbol of strength and majesty represents the illustrious history of monarchy and heraldry in the United Kingdom. First appearing in the fourteenth century, it is an emblem that identifies the monarch and their ancestry. The Royal Arms is still used today as a symbol of authority and identification and a version of it is used on several government documents and forms, including passports.

The Royal Standard, a banner of the Royal Arms, is flown from the royal palaces when the monarch is at home. The current variation, depicted on this 2019 bullion coin, features the lion rampant which is Scotland’s royal symbol and three passant guardant lions representing England. The harp represents Ireland and the Garter circlet surrounds the shield, inscribed with ‘HONI SOIT QUI MAL Y PENSE’ (shame on he who thinks evil on it). This 2019 design also features the leek of Wales, a highly unusual but contemporary depiction.