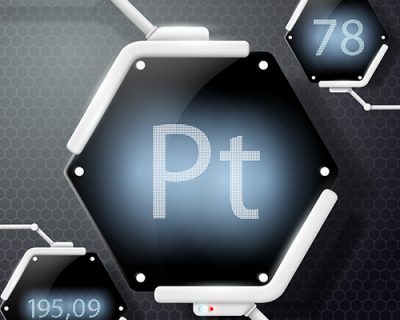 Rising inflation concerns, government infrastructure spending, and a volatile stock market may have you wondering where to turn to protect your investments. But what if you could invest in a hard asset that hedges inflation like gold, is poised for an exponential spike in demand, is trading at a value, and is in tight supply?

Look no further than Platinum. Here’s why everyone’s precious metals portfolio should include some platinum:

Platinum demand is expected to receive a short-term boost thanks to its volatile cousin, Palladium. High palladium prices are beginning to make it a cost-prohibitive choice in the production of gasoline engine catalysts. So, auto manufacturers are deploying Platinum as a one-to-one substitute to curb costs. As a result, the World Platinum Investment Council is anticipating a 24% increase in automotive demand this year and for the next 3-4 years.
Platinum’s bright prospects in the long term are primarily due to its role in the global transition to a more carbon-neutral future. Over 130 countries have already committed to net zero carbonization by as early as 2030. Governments have realized that the key to achieving those aggressive goals is through Green Hydrogen power.

Scientists have long experimented with harnessing renewable electricity from wind or solar to produce Green Hydrogen for a completely sustainable, fossil-fuel-free power source. But thanks to funding commitments from governments around the world, Green Hydrogen is no longer an experiment. It is a certainty.

Platinum plays a dual role in Green Hydrogen. The metal is used as a crucial component in fuel cells in Fuel Cell Electric Vehicles and as a catalyst in producing green hydrogen power. Researchers anticipate upwards of 600,000 ounces of additional platinum demand from Green Hydrogen in the next decade alone.

Platinum is expected to remain in a Supply Deficit

Platinum is scarce: The global supply of platinum is only about 1/10 the supply of gold and 1/100th that of silver. So, any slight change in production can have long-lasting effects on its delicate supply and demand balance.

Tight supply in recent years makes a case for Platinum even more compelling in the face of its increased demand. Despite the metal running in a supply deficit since 2019, the three largest platinum producers have concentrated recent mining efforts mainly on the more volatile Rhodium and Palladium. As a result, these miners have stated that even though demand is rising, their platinum output will remain flat for at least the next three to four years.

Even with recent gains, Platinum is still undervalued
It’s said that all the gold ever produced would fill 3 Olympic-sized swimming pools, while all the Platinum ever produced would barely cover your ankles in one Olympic-sized swimming pool. So, it makes sense that Platinum has been more valuable than gold for most of recorded history. In the past 50 years alone, Platinum was priced higher than gold 80% of the time.

But that is not the case today. Gold is currently trading at about $1760 an ounce and Platinum at about $1035. This means that a troy ounce of Platinum is worth less than 60% of one ounce of gold at today’s levels.

But Platinum is unique. Like gold, it’s an essential store of value that protects an investment portfolio against inflation. But its demand prospects, scarcity, and price point means that the metal has significant growth potential of its own in the coming decade.

So maybe it’s more accurate to see Platinum’s spot price not as undervalued – but rather as a low-cost entry point into a metal that is in a fleeting moment of affordability.

Now is the time to make Platinum a part of your conversations with customers. Visit the World Platinum Investment Council to learn how platinum is an attractive source of long-term investment value in any bullion portfolio.