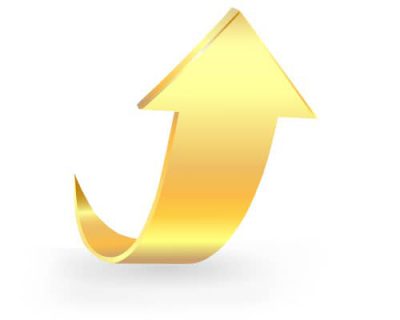 Gold climbs near two-month high as risk aversion grows along with concerns over tensions in Ukraine and investors await further direction from this week’s meeting of Federal Reserve policymakers.

Today, NATO said it was placing forces on standby in eastern Europe in response to Russia’s military build-up along Ukraine’s border. Moscow has denied any invasion plans. The British government on Sunday accused the Kremlin of seeking to install a pro-Russian leader in Ukraine and the U.S. State Department ordered diplomats’ family members to leave Ukraine. The headlines are adding to tensions in the markets.

The first meeting of the Federal Open Market Committee of 2022 is expected to provide confirmation of the central bank’s plans for interest rate hikes this year and how it will deal with inflation. Higher rates are considered bearish for gold, but surging inflation is bullish.

Few investors anticipate a rate hike at this week’s FOMC meeting, which ends Wednesday. But the CME FedWatch Tool shows that 91.6% of traders expect one at the March meeting, up from 57.7% a month ago. Speculation is growing that the FOMC will announce an increase of more than a quarter-percentage point when it does raise rates to rein in inflation, which rose at the highest level in 39 years in December.

Gold also got a boost by uncertainty around the omicron variant. Signs that omicron is a threat to the global economic recovery appeared in key data points last week. The U.S. index of leading economic indicators, released Friday, showed that the economy is expected to continue to grow in 2022, though the pace has slowed. Meanwhile, U.S. initial jobless claims rose by 286,000 last week to the highest level since October, in an apparent sign that the surge in omicron cases was hitting the labor market.

Platinum and palladium posted substantial weekly gains on anticipation that auto sales growth would approach normal levels this year. Palladium’s main use is in catalytic converters for gasoline-powered vehicles. The DG spot price is currently down $15.70 an ounce to $1,027.40.