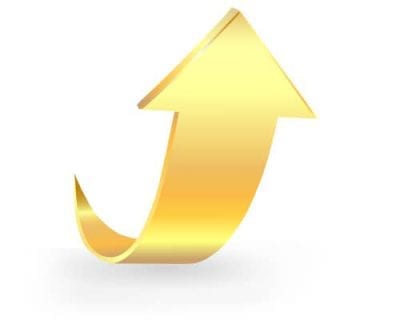 Gold climbs this morning on weak dollar and renewed hope for a new U.S. stimulus agreement before the presidential election boosted demand for bullion.

Optimism increased after U.S. House Speaker Nancy Pelosi said Sunday that an agreement would have to be reached within 48 hours for a bill to pass before the Nov. 3 election, but that she and Treasury Secretary Steven Mnuchin, who has been negotiating on behalf of the White House, remain fair apart. A stimulus package would be considered bullish for gold.

Gold futures fell 1% last week to settle at $1,906.40 an ounce on Comex, its first weekly decline in three weeks. The December contract dropped $2.50 Friday. The yellow metal is up almost $400 — or 25% — so far this year as investors have flocked to gold because of uncertainty from the coronavirus pandemic and the economy. The December contract is currently up to $1,915.30 an ounce, while the DG spot price is up at $1,910.70.

Holdings in SPDR Gold Trust, the world’s largest gold-backed exchange-traded fund, slipped 0.27% Friday to 1,272.56 metric tons, Reuters reported. Speculators cut their bullish positions in Comex gold and silver contracts in the week ended Oct. 13, according to the weekly Commitments of Traders report from the U.S. Commodity Futures Trading Commission, which was released Friday.

Pelosi and Mnuchin have been negotiating over a multitrillion-dollar stimulus package for months as pandemic-related lockdowns have sent millions of Americans into unemployment. Initial jobless claims climbed to the highest level since mid-August in data released last week by the Labor Department.

Uncertainty over the economy, the upcoming U.S. presidential election and Brexit talks have put a floor under prices, making gold a more attractive hedge investment. The U.K. and European Union are set to try to restart post-Brexit trade talks on Monday.

But positive economic news out of China on Monday put a lid on gold prices. GDP climbed 4.9% in the third quarter from a year ago, beating the 3.2% expansion seen in the second quarter but slower growth than economists had forecast.