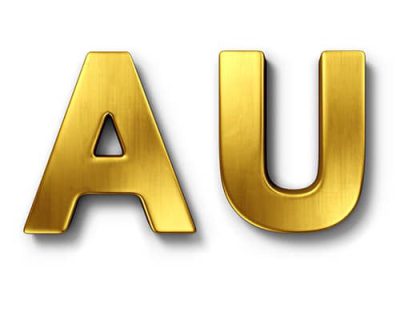 Gold dips a bit on stronger dollar, but still in tight range early Friday ahead of comments by Federal Reserve Chairman Jerome Powell in Jackson Hole, Wyoming. The bullion looks headed for a weekly gain,

The yellow metal regained a bit of ground after the release of the Fed’s preferred inflation measurement which fell 0.1% month over month. The personal consumption expenditures price index showed a year-over-year rise of 6.3% in July, down from 6.8% in June. The core PCE index rose 4.6% year over year and a gain of 0.1% month over month in July. Economists surveyed by Dow Jones were expecting 4.8% for the core year-over-year reading and 0.2% for the month-over-month change.

Investors are hoping to get indications from Powell on Fed sentiment for future monetary policy decisions. Powell’s remarks are a highlight of the annual meeting of central bankers. European Central Bank Executive Board member is set to speak Saturday. Bank of England Governor Andrew Bailey will also attend. Of special interest will be any signals on the pace of expected interest rate hikes, efforts to combat inflation and any concern about a possible recession.

Investors are now betting there’s a 38.9% chance of a 50-basis-point rate hike in September, with 61.5% projecting a 75-basis-point increase, according the CME FedWatch Tool. The Fed raised rates by 75 basis points each in June and July.