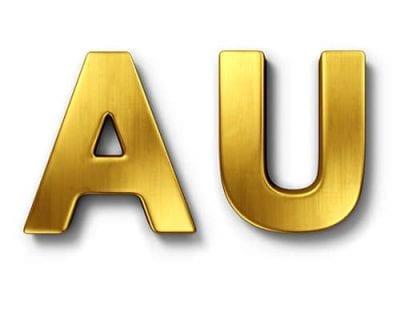 Gold prices eased Monday when AstraZeneca offered new vaccine news in the fight against COVID-19, overshadowing an earlier boost from a weaker dollar. U.S. gold futures slipped 0.6% lower to $1,861.40 on the announcement. AstraZenaca reports its vaccine could be around 90% effective.

Earlier on Monday, gold was holding around $1875 as the dollar tumbled to lows not seen since 2018 and fears of inflation from economic stimulus increased.

The dollar index had declined to the lowest level in two and a half years after statements from U.S. officials that vaccines for the coronavirus may begin as soon as three weeks for now. The news made riskier assets more attractive to investors.

But whether the rollout of the vaccines will hurt gold because of the yellow metal’s status as a haven asset during times of uncertainty is unclear because it also serves as a hedge against inflation, Bloomberg reported. Central banks are pouring huge amounts of stimulus into the global economy, and that could trigger an increase in consumer prices.

Front-month gold futures dropped 0.4% last week to settle at $1,878.20 an ounce on COMEX, though the February contract rose 0.6% Friday. Gold is up more than $350 — or 23% — so far this year as investors have flocked to gold because of uncertainty from the coronavirus pandemic and the economy. It slipped 0.8% in October, its third consecutive monthly decline. Currently, the December contract is $1,865.20 an ounce and the DG spot price is $1,868.00

Gold has found technical support near $1,875 an ounce, but if the dollar rallies, it could push the metal down to $1,800 to $1,790, Michael McCarthy, chief strategist at CMC Markets, told Reuters.

The first Americans could receive a vaccine in the second week of December, according to Moncef Slaoui, the head of the government’s efforts to develop the inoculations, told CNN. Pfizer submitted an application Friday to the U.S. Food and Drug Administration for emergency use authorization of its vaccine, and the vaccine advisory committee is scheduled to meet Dec. 10.

The virus known as COVID-19 has killed 1.39 million people worldwide and sickened 58.6 million. Almost 21% of the cases — and 19% of the deaths — are in the U.S. The country has more than 12.2 million cases, more than any other nation. Pandemic-related lockdowns have sent millions of Americans into unemployment and curbed economic growth around the world.

A slew of U.S. economic data will be released Wednesday ahead of the Thanksgiving Day holiday on Thursday, during which markets will be closed. The releases include jobless claims, third-quarter GDP, durable goods orders, new home sales, consumer sentiment and consumer spending and core inflation data.