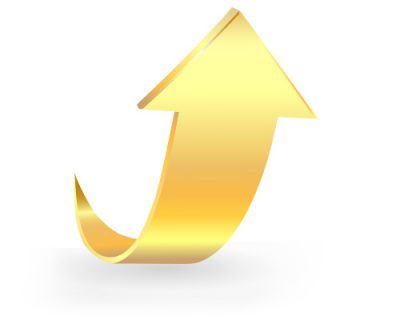 Gold hits one-month high in early Wednesday trading as concerns over the conflict in Ukraine and surging inflation continue to drive the market. Spot gold hit $1,979.95 an ounce, the highest since March 14th and has wavered near that mark throughout the trading morning.

This morning, a fresh set of data shows inflation’s continued climb. The producer price index (PPI), which measures wholesale prices, rose 1.4% in March and is up 11.2% from 2021, setting records in data going back to 2010. This follows Tuesday’s report that showed U.S. consumer prices in March increased by the most in 16.5 years. The inflation report bolstered gold and caused Treasury yields to weaken. That also supported the precious metal.

U.S. inflation jumped 8.5% in March, compared with a year earlier, to taking it to the fastest pace in more than 40 years, according to data released Tuesday by the Labor Department. Inflation also increased 1.2% in March from February. The report covered the first full month since energy prices started climbing on the Russian invasion of Ukraine and the Western sanctions imposed in response.

The inflation report increases pressure on the U.S. Federal Reserve to accelerate rate increases to rein in soaring consumer prices. The Fed increased rates by a quarter percentage point at the meeting in mid-March, the first rate hike in more than three years. Many members of the policymaking Federal Open Market Committee have indicated that they would support a half-percentage point rate hike increase in coming months. Higher interest rates typically support the dollar and Treasurys and weaken gold.

The Ukraine war has brought back some haven investors even as the dollar traded near two-year highs in expectation of aggressive interest-rate increases from the Federal Reserve triggered by high inflation. A stronger dollar is typically bearish for gold, because it makes the metal more expensive for holders of other currencies.

Meanwhile, gold continued to attract haven investors because of the pandemic and the war in Ukraine.

U.S. President Joe Biden described Russian atrocities in Ukraine as “genocide” for the first time on Tuesday, an escalation of his rhetoric on the conflict. U.S. officials also said Tuesday that the Biden administration may expand the types of weapons it’s sending to the beleaguered country.