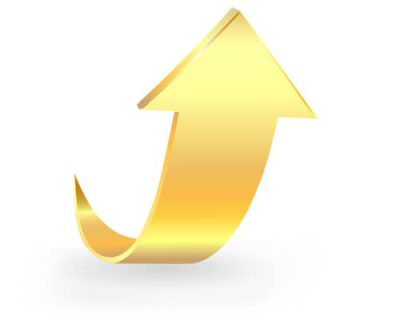 Gold hits three-week high early Monday as the dollar slipped and bond yields fell amid speculation that the Federal Reserve’s rate increases might be less aggressive because of recession fears.

Investors were awaiting the release of the key July manufacturing report Monday for the latest indications on the state of the economy. The July U.S. jobs reports due later this week are also seen as important economic indicators.

The Fed’s favorite inflation measure, the personal consumption expenditures index, reached the highest level since January 1982 in June, data released Friday showed. The PCE rose 6.8% in June, according to the Bureau of Economic Analysis. A previous report showed the U.S. consumer price index rose 9.1% in June.

The dollar traded near three-week lows early Monday, making gold less expensive for investors who hold other currencies because the yellow metal is priced in dollars.

The Fed boosted interest rates by another 75 basis points last week, after a similar move at its June meeting as part of an effort to combat soaring inflation. Minneapolis Fed President Neel Kashkari said Sunday that the central bank is still committed to reining in inflation to reach its long-term inflation goal of 2% Atlanta Fed President Raphael Bostic said Friday that rate hikes have further to go and that the U.S. isn’t in a recession.

Rate increases are typically bearish for gold because they make assets like Treasurys more attractive alternate investments. But the inflation underlying the Fed’s moves is bullish for gold, a traditional haven against inflation. Investors traditionally also turn to gold to protect against economic uncertainty.

China’s official manufacturing purchasing managers’ index unexpectedly fell into contraction territory in July, according to data released Sunday. The PMI fell to 49.0 last month from 50.2 in June. Figures above 50 represent expansion, while those below 50 indicate contraction. PMI was expected to rise to 50.4, according to analysts surveyed by Reuters.

Recession fears and ongoing uncertainty over the pandemic and the war in Ukraine have kept gold prices elevated.