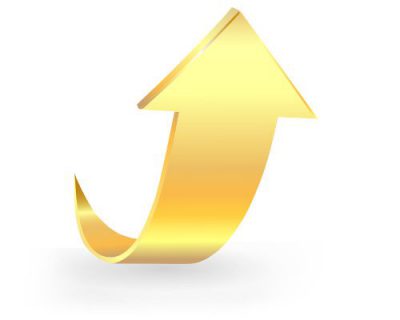 Gold rises as dollar weakens, with the yellow metal climbing over 1% to a one-week high early Monday as the dollar dropped, increasing the attraction of gold to holders of other currencies.

Gold is also getting a boost from uncertainty around the war in Ukraine and the ongoing pandemic. Beijing reported a record number of new cases during the current COVID-19 outbreak, raising the specter of lockdowns which will continue to impact the global supply chain and support commodity prices.

While the dollar declined, strength in U.S. Treasury yields early Monday kept pressure on gold prices. Gold, the dollar and Treasurys ae traditional hedges against inflation, currently at 40-year highs, and economic uncertainty, which has been increasing in recent months.

St. Louis Federal Reserve President James Bullard said Friday that he doesn’t expect a recession unless there is a “really large shock” to the economy.

Investors have been increasingly concerned that a series of aggressive interest-rate hikes by the Fed to curb the soaring costs of goods and services will affect economic growth. Gold is a traditional hedge against that type of uncertainty.

Most investors expect the Fed to raise rates another half percentage point to a range of 1.5% to 1.75% at policymakers’ next scheduled meeting in June, according to the CME’s FedWatch Tool. It increased benchmark rates by half a percentage point earlier this month, in the second rate hike of 2022 and the largest in 22 years. Rate increases are typically considered bearish for gold.