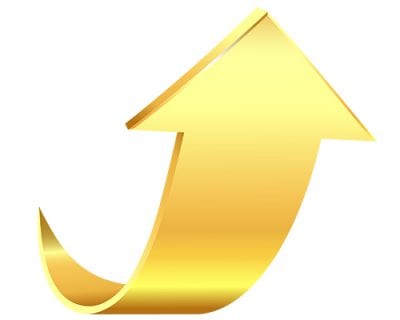 Gold rises in light trading ahead of the Christmas holiday as investors await more information on a U.S.-China trade accord.

The two sides announced that an agreement had been reached the week before last, but details have so far been scarce. Gold climbed throughout the year when it appeared the negotiations had stalled and is still on track for its best year since 2010, mainly because of the tariff war. The precious metal has been largely rangebound since news of the accord broke, as gold’s appeal as a hedge against uncertainty diminished.

China cut import tariffs on $389 billion in goods including food, consumer items and manufacturing parts on Monday, Bloomberg reported. The move, announced by the Finance Ministry and set to go into effect Jan. 1, isn’t directly linked to the U.S.-China trade agreement, but it supports claims by the Chinese government that it’s further opening its economy, according to the report.

February gold futures declined 0.2% Friday and slipped just 30 cents last week to settle at $1,480.90 an ounce on Comex. Thursday, the futures settled at the highest level in more than two weeks. Currently, the February contract is up to $1486.10.

Precious metals looked less attractive to some investors last week as equities traded near all-time highs. The Standard & Poor’s 500 reached a new record above 3,200 for the first time Thursday, closing at 3,205.37, and the index posted its biggest weekly gain since September on Friday.

Palladium rebounded early Monday after declining in the latter part of last week after reaching a record above $2,000 an ounce on Tuesday. There’s a global supply crunch for the metal used in autocatalysts. Spot palladium fell 3.9% last week.

Most markets around the world will be closed Wednesday for Christmas, and many — including Australia, Canada, Germany and the U.K. — will also be closed Thursday. The economic calendar is light heading into the holiday week, but U.S. weekly jobless claims are scheduled to come out Thursday, with Japan’s retail sales and industrial production set for Friday, along with Chinese industrial profits.