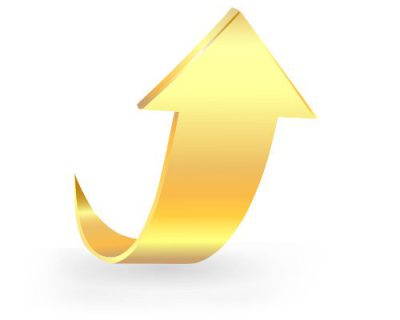 Gold rose early Friday as the dollar dips, positioning the yellow metal for a small weekly gain. The DG spot price hovered just under $1730 an ounce, but has since ebbed on profit-taking.

The dollar index traded near a one-week low days after reaching a new 20-year high. A weaker dollar makes gold more attractive as an alternate investment.

Comments from Federal Reserve Chairman Jerome Powell and another strong U.S. weekly jobs report Thursday bolstered expectations that the Fed will impose another big interest-rate hike at its Sept. 21 meeting to combat soaring inflation. While gold is a traditional hedge against inflation, the anticipated rate increases in response to it are bearish.

In his last scheduled public appearance before the Fed’s policy meeting, Powell said he was “strongly committed” to fighting inflation and doesn’t want to loosen monetary policy “until the job is done.” The Fed has already raised rates four times this year.

Chicago Fed President Charles Evans said Thursday that next week’s scheduled inflation report could help determine the pace of the Fed’s interest-rate increases for the rest of the year.

The U.S. weekly initial jobless claims report belied fears that the rate increases were having a negative impact on the economy. Applications for first-time unemployment claims fell to a three-and-a-half-month low last week. Initial jobless claims dropped by 6,000 last week to 222,000, Labor Department data released Thursday showed. Economists had expected a print of 240,000.