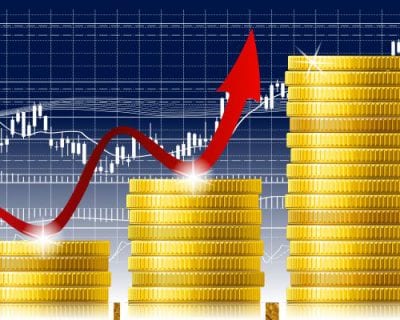 Gold shrugs off inflation data this morning as the U.S. Consumer Price Index shows a 0.4% rise for October according to the U.S. Labor Department. Consensus forecasts were calling for a rise of 0.3% following September’s flat number. The October number marks the highest monthly increase since March.

The yellow metal had already advanced early Wednesday, rebounding from Tuesday’s three-month low, as remarks by U.S. President Donald Trump about the U.S.-China trade talks offered no fresh insights about a pending accord.

While Trump said the U.S. was “close” to a deal with China in a speech to the Economic Club of New York, but he also said he will increase tariffs on China if the first step of a broader agreement isn’t reached.

The yellow metal skyrocketed earlier this year as a safe haven against uncertainty over the standoff between the two superpowers.

December gold futures fell 0.2% Tuesday to settle at $1,453.70 an ounce on Comex, the lowest closing price for a most-active contract since Aug. 1. Bullion decreased 0.6% during the first two trading days of the week and is down 4% so far in November. This morning finds the December contract up at $1,464.20.

Investors continue to keep a close eye on economic news for indications on whether the Federal Reserve will cut interest rates for a fourth consecutive time in December. Fed Chairman Jerome Powell will address the Joint Economic Committee of Congress on Wednesday in Washington. The CME FedWatch Tool showed just a 3.7% probability of another cut at the Federal Open Market Committee’s next meeting Dec. 11, while 96.3% predicted no change early Wednesday.

In other economic news, China will report retail sales and industrial production data Thursday, and U.S. retail sales data are due out Friday.