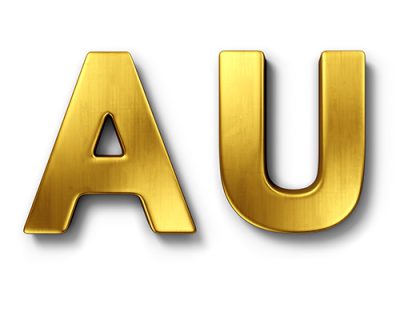 Gold slips ahead of Fed minutes, dipping on a stronger dollar, while shrugging off flat U.S. retail sales as investors awaited signals on the Federal Reserve’s likely future moves to combat inflation for further direction.

July’s retail sales were basically flat, held down by falling fuel prices per the Census Bureau reported Wednesday. There had been a forecasted increase of 0.1%. Retail and food sales excluding gasoline and autos rose 0.7% from a month ago.

The dollar was also little changed early Wednesday after rising to a three-week peak Tuesday which pressured gold prices, which typically fall when interest rates and the U.S. currency rise.

A few recent positive economic reports have made it less likely that the Fed will be as aggressive with interest rate increases in September as it was in June and July, when it raised rates by 75 basis points each.

Last week, the consumer price index report for July was after a 1.3% increase in June, and the inflation rate in the 12 months to July slipped to 8.5% from a 41-year high of 9.1% in June, possibly indicating that inflation peaked at a four-decade high.

Investors are now betting there’s a 57.5% chance of a 50-basis-point rate hike in September, with just 42.5% projecting a 75-basis-point increase, according the CME FedWatch Tool. A month ago, 63.2% of investors anticipated a hike of 75-basis points or more.

Investors will also be keeping an eye on developments regarding the war in Ukraine, the pandemic, and relations between the U.S. and China.