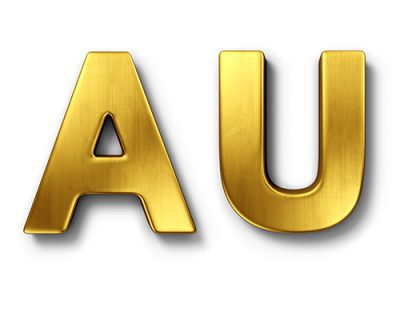 Gold sticks above $1900 while losing some altitude on a stronger dollar. The bullion had risen near a nine-month high earlier Monday on investor speculation that the Federal Reserve is likely to taper the pace of its interest rate increases.

Trading volumes were likely to be lighter than usual because U.S. financial markets were closed Monday for the Martin Luther King Jr. holiday. While gold futures continue to trade electronically on Comex, they won’t post settlement prices until Tuesday.

Gold rallied last week after a report showed that U.S. inflation fell 0.1% in December from a month earlier in the biggest decrease since the early days of the COVID-19 pandemic. The consumer price index data released Thursday indicates that the Fed’s actions to curb inflation may finally be having an impact on the economy. Higher rates are typically bearish for gold because they make it less attractive as an investment asset.

A subsequent report on consumer confidence released Friday showed that sentiment reached its highest level in eight months in January as energy prices fell and inflation fears waned. The index by the University of Michigan rose to 65.6 this month from 59.7 in December.

This week, investors will be closely watching headlines out of Davos, Switzerland, where policymakers, politicians, and celebrities are gathering for the first time since the pandemic for what used to be an annual conference staged by the World Economic Forum. Top issues include the war between Russia and Ukraine, the pandemic, and the global economy. The conference begins Monday.

Additional economic reports on U.S. retail sales and industrial production for December are due out Wednesday along with the Fed’s Beige Book report on the economic conditions in all 12 of the central bank’s regions. Weekly jobless claims come out Monday, and there are assorted Fed officials slated to speak. Their words will be closely parsed for signals on the central bank’s next move.

Investors tracked by the CME FedWatch Tool are now betting there’s a 93.2% chance the Fed will boost interest rates by just 25 basis points when their next rate decision is released on Feb. 1, up from 75.7% a week ago. The remaining 6.8% of investors anticipate another 50 basis point hike next month.

The Fed boosted rates by 50 basis points in December after 75 basis point increases each in June, July, September, and November. The central bank raised interest rates by 425 basis points in 2022 to 4.25% to 4.5%, the highest level in 15 years.