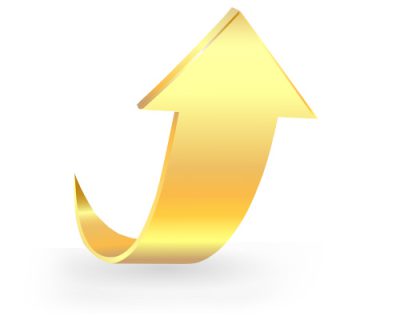 Gold ticks up on flat jobs report, solidifying its position above $1,700 an ounce as market concerns over inflation and the economy take a breather.

The Bureau of Labor Statistics report shows the economy is in tempered growth with nonfarm payrolls rose by 315,000 jobs in August, just below the Dow Jones forecast of 318,000. The unemployment rate rose to 3.7%, two-tenths of a percentage point higher than expectations. While wages also rose, with average hourly earnings up 5.2% from a year ago, that is slightly lower than the estimate, which is good news for inflation concerns.

A stronger U.S. jobs report could reinforce the Federal Reserve’s decision to aggressively raise interest rates, a policy that is bearish for gold. The yellow metal headed for a third consecutive weekly decline amid speculation that the Fed would stay the course in terms of large rate increases.

Manufacturing PMI was at 52.8 last month, unchanged from July, according to the Institute for Supply Management. A reading above 50 indicates expansion. Economists surveyed by Reuters had forecast a drop to 52.0. Manufacturing makes up 11.9% of the U.S. economy.

Weekly initial jobless claims fell to the lowest level in two months, at 232,000, according to data from the Labor Department. The figure outperformed the estimate of 245,000.

Investors are now betting there’s a 74% chance of a 75-basis-point increase next month, with just 26% projecting a 50-basis-point rate hike in September, according the CME FedWatch Tool. A month ago, 71% of investors were betting on a 50 basis point increase. The Fed raised rates by 75 basis points each in June and July.

Fed officials this week have doubled down on guidance issued a week ago by Fed Chairman Jerome Powell, who indicated that the central bank will continue to act aggressively to fight four-decade highs in inflation. The Fed’s preferred inflation measure, the personal consumption expenditures price index, eased in July, though it remained elevated.

While gold is a traditional hedge against inflation, the anticipated rate increases in response to it are bearish.