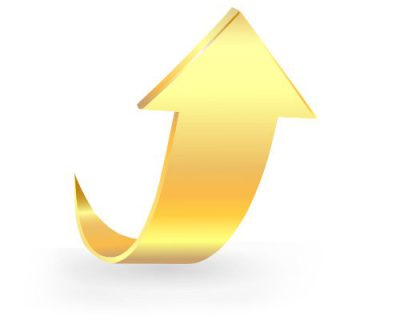 Gold tips up on opposing economic data as traders look towards key U.S. report on inflation due out at the end of the week. This morning, price of the yellow metal sees a tug-of-war, buoyed by a weaker stock market and stronger crude oil, but weighed down by a firming dollar.

The U.S. consumer price index data for May will be closely watched for signals on whether the Federal Reserve will need to alter its existing strategy to combat 40-year highs in the costs of goods and services.

Gold came under some pressure early Wednesday as U.S. Treasury yields and the dollar ticked higher, making the yellow metal less attractive as an alternate investment. But the precious metal continued to attract support as a haven against uncertainty from the COVID-19 pandemic, the war in Ukraine and high inflation.

Fed officials have signaled that they will raise interest rates by a half percentage point both this month and next to rein in inflation. But investors fear that the economy may be entering a slowdown and are speculating about whether the plans will have to be adjusted to keep from derailing economic growth.

The World Bank warned Tuesday that the global economy could be headed for years of weak growth and high prices, similar to the stagflation seen in the 1970s. The bank cut its annual global growth forecast for 2022 by almost a third to 2.9%.

The vast majority of investors still expect the Fed to raise rates another half percentage point at policymakers’ next scheduled meeting in June 15, according to the CME’s FedWatch Tool. The central bank increased benchmark rates by half a percentage point in May, in the second rate hike of 2022 and the largest in 22 years. Rate increases are typically considered bearish for gold.