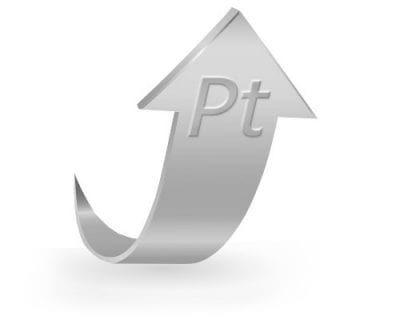 Spot platinum hits new six-year high early Monday as demand was forecast to rise for the metal used as an autocatalyst, while supplies were expected to be tight.

The metal touched $1,283.75 an ounce, the highest level since January 2015. It climbed 11% last week, getting a boost from green energy initiatives, including stricter global emissions rules, and a concern about supplies from South Africa, the world’s largest producer of the metal, which has mounting cases of COVID-19. Operational issues at Anglo American Platinum (Amplats), one of the world’s largest platinum producers, led to a supply deficit last year, Reuters reported.

Meanwhile, gold slipped early Monday as uncertainty caused by the pandemic and associated repercussions, seemed to dim. But expectations of a U.S. stimulus package kept a floor under prices. Stimulus measures are seen as inflationary, and gold is a traditional hedge against inflation.

The COVID-19 virus has killed almost 2.4 million people worldwide and sickened more than 108.8 million. About 25% of the cases — and 20% of the deaths — are in the U.S. The country has more than 27.6 million cases, more than any other nation.

Investors will be watching this week for a deal in Congress on the U.S. stimulus package. In economic indicators, the Empire State manufacturing index comes out Tuesday, followed by the minutes of the last meeting of the Federal Open Market Committee on Wednesday. Also scheduled for Wednesday are January retail sales and industrial production, followed by weekly initial jobless claims Thursday.