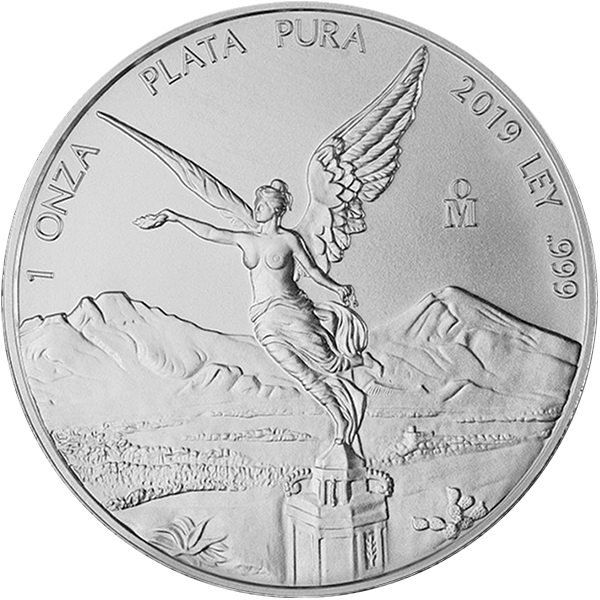 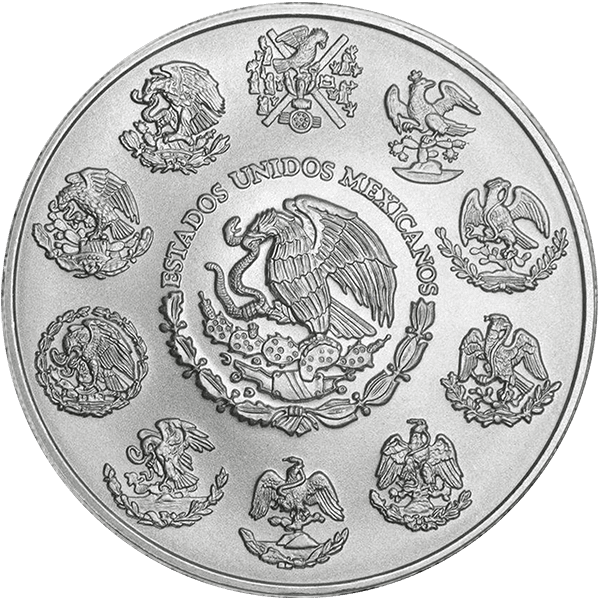 Silver Libertad bullion 2019 bullion is from the Banco De Mexico. It was first released in 1982. The Libertad is also struck in gold.

The reverse of the Libertad features the top of the Mexican Independence Victory Column which is graced with a beautiful winged Victory. The column is flanked by the volcanic peaks of Popocatepetl and Iztaccihuatl which have a romantic story behind their names: a pair of ancient, star-crossed Aztec lovers. The design of the reverse, while using the same winged subject, has changed three times since it was launched in 1982.

The center of the obverse side shows the modern Mexican coat of arms that includes an eagle fighting a serpent as it rests on the arm of a cactus. In addition to the modern coat of arms, the 1 oz, 2 oz and 5 oz size coins show the 10 historic versions of the coat used since 1821 circling the larger modern version.

There is not a set face value on any of the Mexican Libertad coins; making them some of the few bullion coins, along with the Krugerrand, that have no set face value, even so the coins are considered legal tender.

The Mexican Mint is the Western Hemisphere’s oldest operating mint. Its most popular series is the Libertad bullion coins.