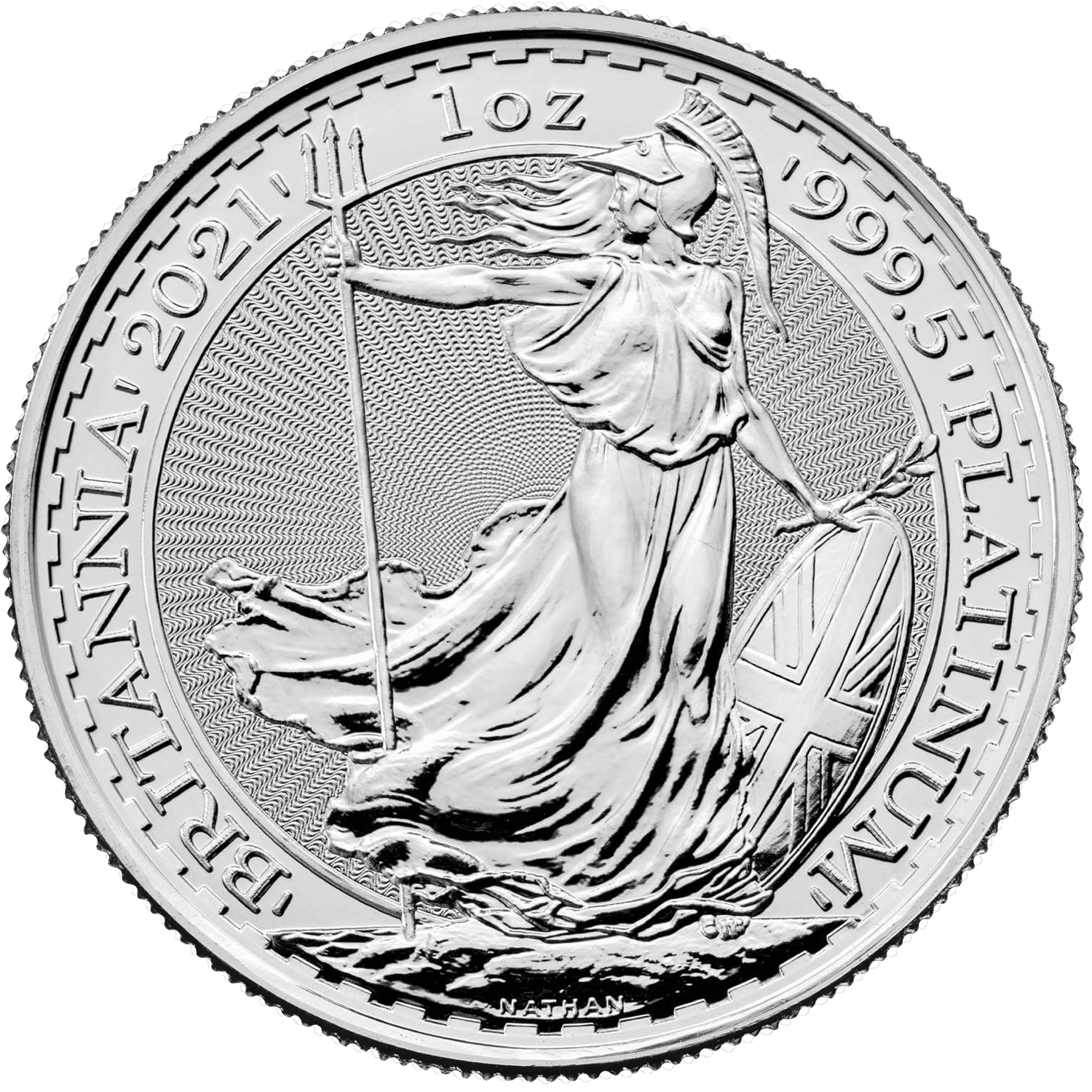 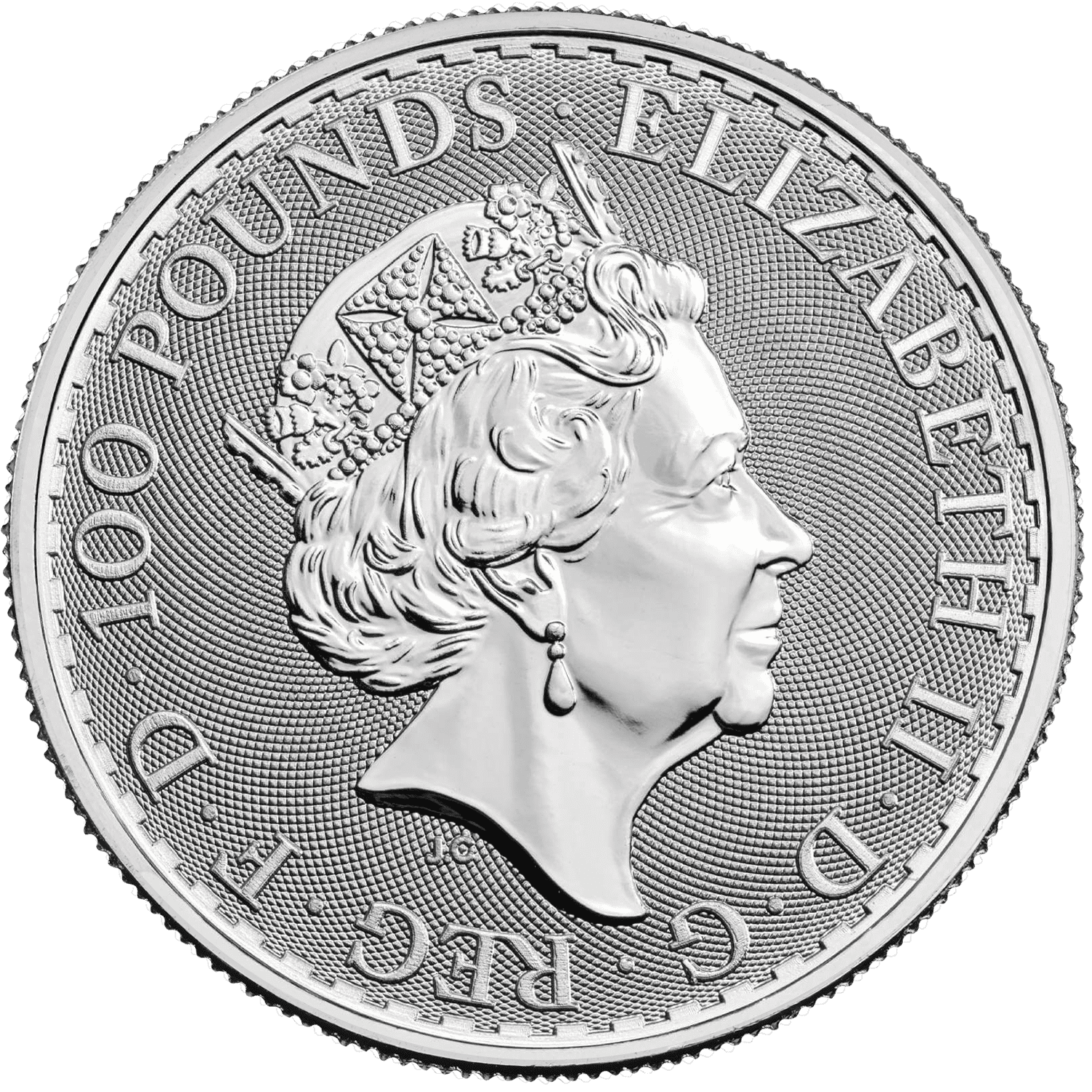 The Platinum Britannia bullion coin was first struck by the Royal Mint in 2018. It is one ounce of 999.5 platinum. The 2020 Britannia is also available in silver and gold.

The platinum version features the same depiction of “Britannia” that is on the silver and gold versions.

“Britannia” first appeared on the Roman Emperor Hadrian’s coins, circa AD 119. The image was then brought back for the coinage of Charles II in 1672. This spirit of the British Isles has evolved over time. She has been shown with olive branch and owl for peace and wisdom, and with Corinthian helmet and shield for strength and courage, while her trident amid waves or rocky shores salutes Britain’s naval strength.

In 1987, sculptor Philip Nathan created the design that is struck now. He shows the iconic figure of Britannia standing windswept in a Grecian gown, waves at her feet; trident, shield and olive branch in hand. His elegant and instantly recognizable Britannia still endures nearly 30 years later.

A new element of the Britannia coins is a guilloche background design on the obverse side.