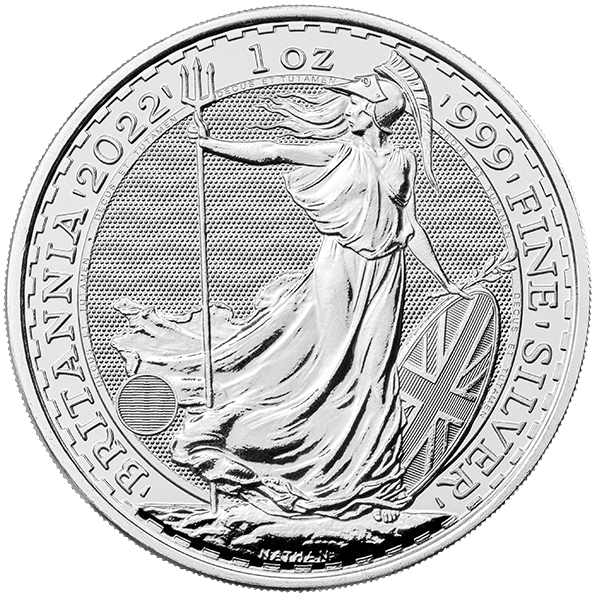 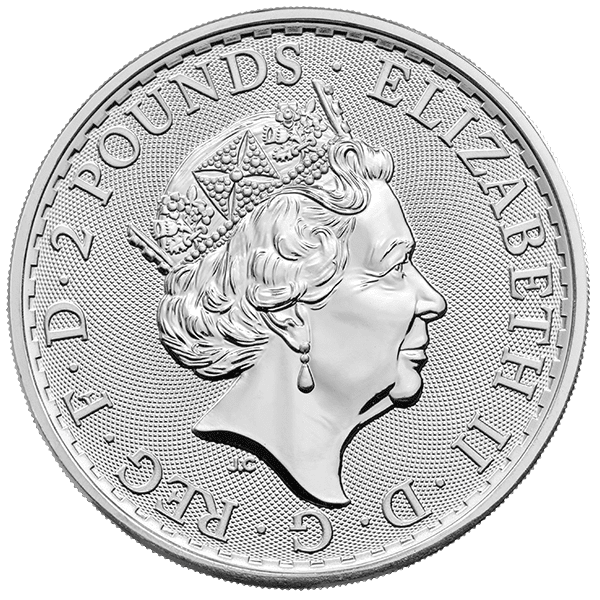 The Silver Britannia 2022 from the Royal Mint is now available from Dillon Gage. This 1 oz coin is also available in Gold.

The Silver Britannia has the same design as the Gold Britannia that was first launched in 1987.

The original design for both coins created by Sculptor Phillip Nathan and depicts the heroic personification of Britain, Britannia. She stands braced against a strong gale holding a shield that displays the Union Jack and a trident that symbolizes England’s important naval history. A new accent was added to the 2017 design, it is a burst of sun light radiating from behind Britannia.

Following the success of the Gold Britannia, the Royal Mint launched a one-ounce Silver version in 1997. The first year, a small mintage of the Silver coins were only issued as proofs. The silver coin’s fine metal content has increased over time. From 1998-2012, these Silver bullion were struck in .958 fine Silver, then, starting in 2013, the Britannia was increased to .999 fine.