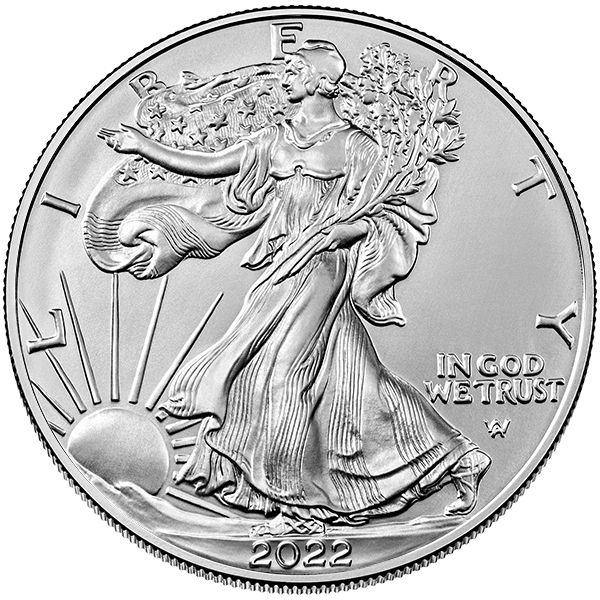 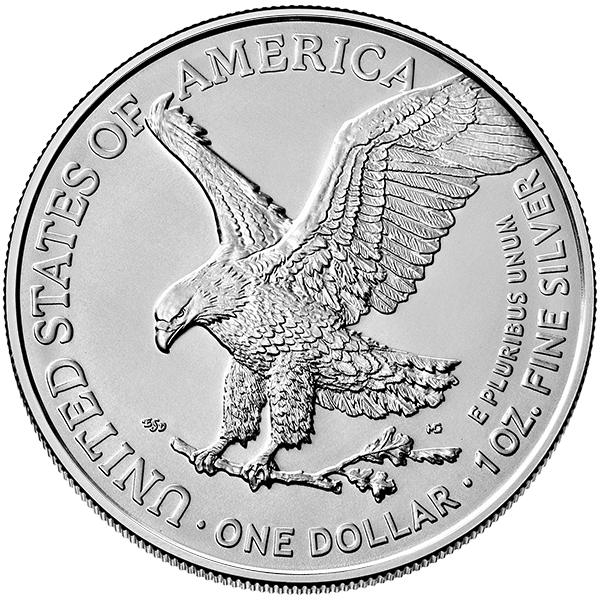 The Silver American Eagle 2022 mintage is available for order now. This classic coin is one of the cornerstones of the U.S. Mint’s bullion program.

The Silver Eagle was first struck by the U.S Mint in 1986.

The Silver American Eagle 2022 mintage will be the first full year that the coin will be struck with a new reverse image.

It derives its name from the image of the United States’s national bird, the Bald Eagle, which is depicted on the coin’s reverse.

Originally, the coin featured an heraldic version of the Eagle that has been on American coins since 1794. This original image was an updated design by John Mercanti, who was the United States Mint’s Chief Engraver from 1986 until 2010.

The 2022 reverse features an eagle coming to land on a nest. It was designed by AIP artist Emily Damstra and sculpted by Mint medallic artist Michael Gaudioso.

The obverse of the American Silver Eagle coins features a gowned lady is affectionately called the Walking Liberty. She originally appeared from 1916 to 1947 on the Walking Liberty Half Dollar. She was sculpted in 1916 by Adolph A. Weinman and is considered one of America’s most beautiful coin designs.