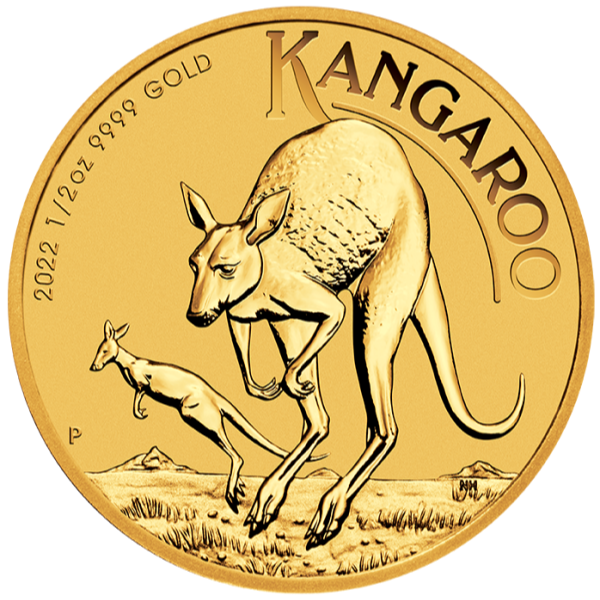 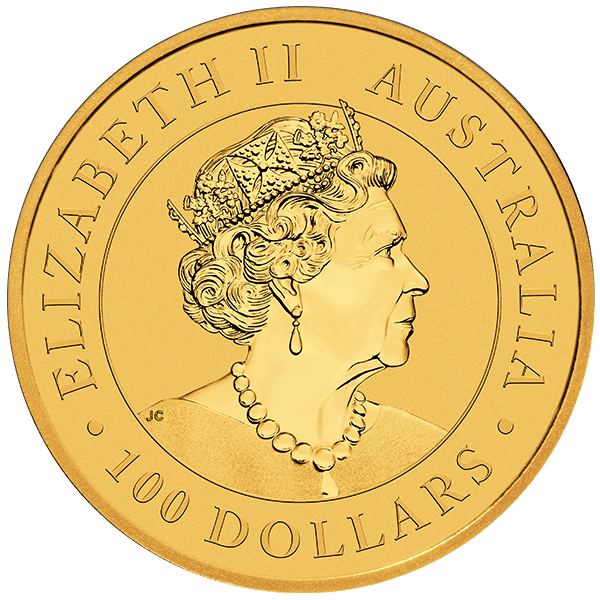 The 2022 Gold Kangaroo from Australia’s Perth Mint is available from Dillon Gage. Perth also produces “kangaroos” with a different design, in Silver and Platinum.

The 1 oz size is issued in unlimited mintage and is Precious Metals IRA eligible. The Kangaroo is also minted in 1/10 oz., 1/4 oz., 1/2 oz. AND the more unusual one Kilo.

It makes sense that the Perth Mint’s primary gold bullion features Australia’s most iconic animal, the kangaroo. While it always stars the iconic marsupial, the design changes every year. This year’s bullion features two “roos” in mid-hop with the word “Kangaroo” prominently arching over them.

In 2020, all Perth Mint bullion began featuring Jody Clark’s contemporary portrait of Queen Elizabeth II on the obverse. She is shown wearing the Royal Diamond Diadem. Each of these coins also includes a micro-laser engraved letter within its reverse design as a security feature.

The Perth Mint is Australia’s official bullion mint and has over a century-long history. Between its establishment in 1899 and 1931, the Mint struck 106 million gold sovereigns and nearly 735,000 half-sovereigns which were used as currency in Australia. The Mint halted the manufacture of gold sovereigns in 1931 when Britain did away with the gold standard. However the mint and its refinery were kept busy with the creation of fine gold bullion bars and minting Australia’s base metal coinage up until the end of 1983. In 1957, the Perth Mint produced a 13 troy ounce proof of almost six nines of purity: 999.999 parts of gold per thousand, “arguably the purest of all gold.” This feat led The Royal Mint to order some of this gold to use as a benchmark for its own standards.