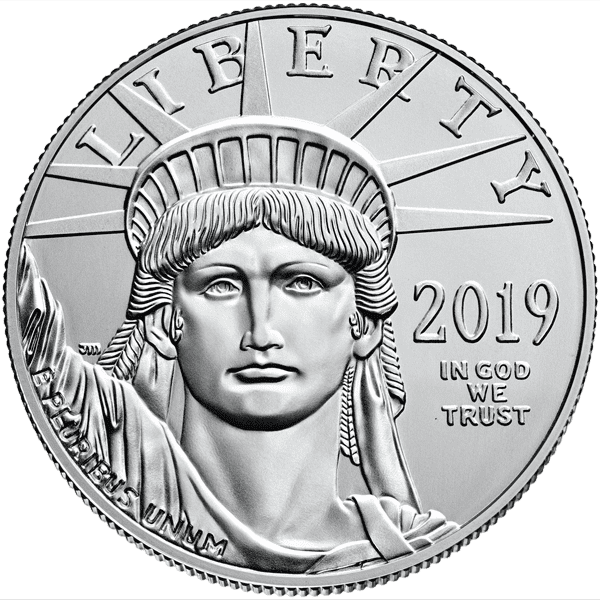 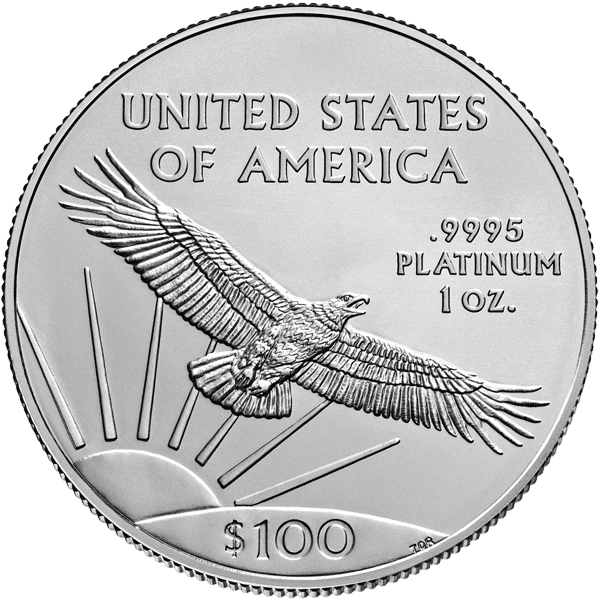 First minted in 1997, the American Platinum Eagle is the first and only official platinum coin from the U.S Mint, struck in .9995 fine platinum.

Startin in 2014,  the Mint ceased striking the fractional coins, leaving the one ounce denomination.

While the Platinum Bullion has kept the same motifs on the obverse and reverse each year since its inception, the Proof offered new designs every year on the reverse from 1997 to today, with the exception of its 20th anniversary mintage which featured the original soaring eagle. The obverse of the proof coins showed the same closeup of the Statue of Liberty from 1997 to 2017. In 2018, the proofs began a new series that changes the obverse each year that illustrates one word from the Preamble to the Declaration of Independence, while the reverse of each year shows the same eagle.

Proof versions of the coins are intended for coin collectors and sold directly to the public whereas the bullion versions are sold only to the Mint’s authorized buyers.