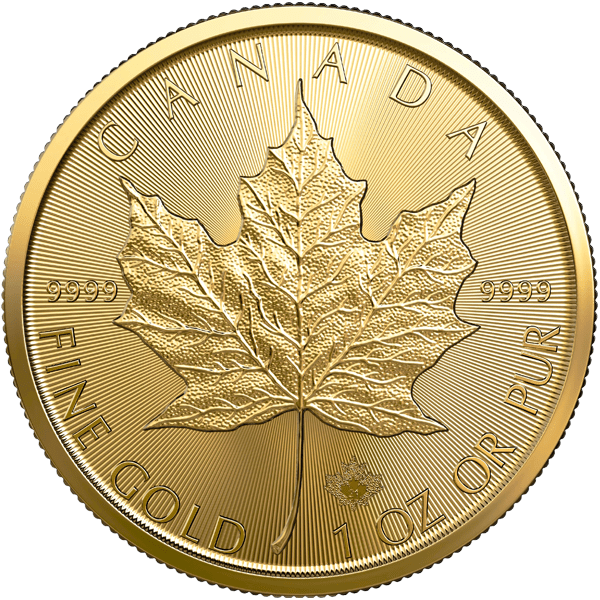 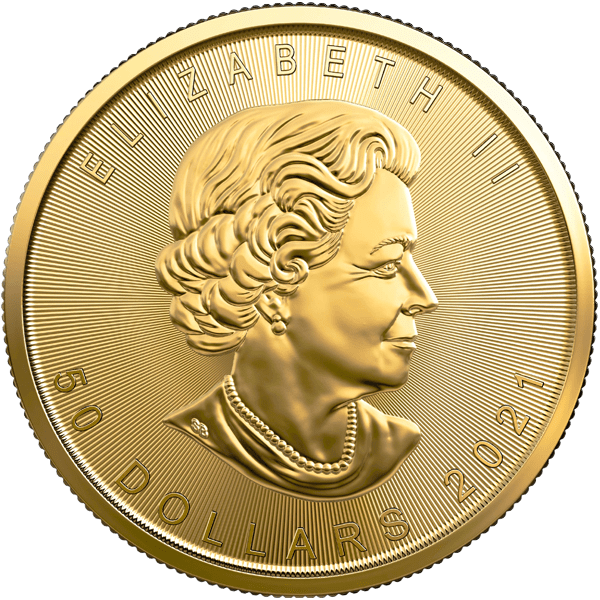 The Gold Maple Leaf coin was introduced in 1979 and rapidly grew in popularity as the only alternative bullion to the Krugerrand, which was going through distribution issues due to the boycott of apartheid-era South Africa. Gold Maple Leafs minted between 1979 and 1982 have a gold content of .999. In 1982, its purity was raised to .9999, making it the world’s first 99.99% pure gold bullion coin.

The Gold Maple Leaf’s reverse features a detailed sculpture of Canada’s iconic maple leaf by RCM engraver, Walter Ott. This had been the same leaf design used since the coin’s inception. The obverse features the profile of Queen Elizabeth II. This image has been updated three times since 1979.

In 2013, a laser-micro-engraved textured maple leaf privy mark was added on a small area of the reverse (Maple Leaf) side of the coin. In the center of this mark is the numeral denoting the coin’s year of issue, which is only visible under magnification. In 2015, the radial lines on the coin’s background on both sides of the coin were added.

In 2007, the Royal Canadian Mint unveiled a 100kg Gold Maple Leaf coin that was 99.999% pure. It had a face value of $1 million, but it’s metal value at the time of release was over $3.5 million. Only five of these massive, 50 cm in diameter by 3 cm thick, coins were struck.
On 26 March 2017, one of the five pieces was stolen from the Bode Museum. The heist remained a mystery for over a year. In July 2018, German police arrested members of an alleged Lebanese mob family for the theft.